Home Guides How to Get More Rare Creatures in Card King: Dragon Wars (3... 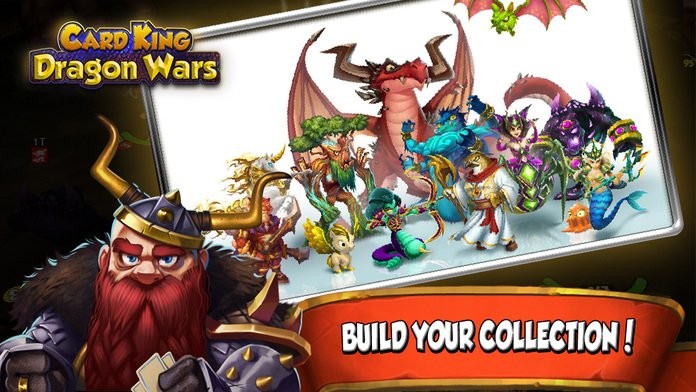 Having a great deck of rare creatures in Card King: Dragon Wars is the easiest way for you to get all the victories that you want both in the Arena and the single player campaign. However, getting creatures that are 3 stars and above is not the easiest thing to do, so I have decided to write this guide with a few tips and tricks on how to make your life easier and be able to get more rare creatures in Card King: Dragon Wars.

It won’t be easy since there are over 300 creatures in the game (most of them one and two stars), but eventually you will get the 4 star and 5 star creatures too, so here is what you should to:

1. Only spend the gems on Creature Eggs
You will be tempted to use the Gems to get extra tries in battles, to replenish energy and whatnot, but you should not do that: only spend your hard earned Gems on getting new Creature Eggs. You are guaranteed a 3 star creature drop when you do so and it’s the easiest, fastest way to get the rare creatures out there.

2. Spend all your Dragon Fangs too
The “Shallow” egg category is accessible via Dragon Fangs only, which are easier to get. Unfortunately, the maximum rarity you can get is a three star monster – and you will usually get crappy creatures, but in the end Dragon Fangs are easy to get, so spend all of them to try your luck.

3. Keep an eye on events
The developers of the game often give us events that can reward us with 3 stars and above creatures or Gems that we can use to purchase some. Log in often and check out the limited time events to get the best chances at winning those rare creatures in Card King: Dragon Wars!

4. Log in daily
Or as often as possible: the game has a nice system that awards you different rewards for logging in as often as possible in a given time frame. Among the rewards we have Dragon Fangs, Gems and even potential rare creatures, so make sure that you log in daily even if you don’t have time to play!

5. Evolve your creature!
The slowest method to get amazing creatures (but a method nevertheless) is to Evolve your existing creatures. Level them up to their maximum level first, then Evolve to get a better star version of that creature. The best part about this method is that you choose what creatures to evolve and you know exactly what you’re getting.

6. Battle as often as you can
The Arena has nice rewards as you progress through the ranks, and the farther you can get during a season, the better they will get, but you can also get some good rare cards from the single player campaigns – the more advanced the campaign, the bigger your chances to get rare cards for your deck!

These would be for now our tips and tricks for getting rare monster cards in Card King: Dragon Wars. Do you have any additions for our list? Let us know by commenting below! 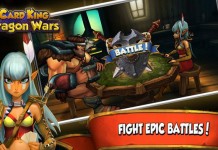 These Are the Best Heroes in Card King: Dragon Wars 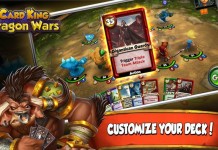