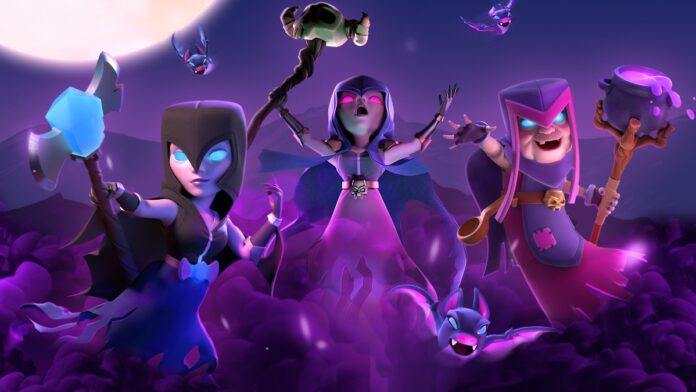 A new limited-time card called Super Witch will soon be coming to Clash Royale. Season 35 of Clash Royale is almost upon us and Supercell has some amazing new changes and content planned for the new season. Recent leaks have confirmed that the Super Witch card is planned to arrive next season. However, Super Witch won’t be in the game forever, as she is just a challenge-specific reward. Here’s everything we know so far about the Super Witch Card in Clash Royale, including how to get it.

RELATED – How to Unlock Lumberjack in Clash Royale

How to Get Limited Super Witch Card in Clash Royale

A Clash Royale notable leaker going by the username CRLeaks on Twitter shared a brief video showing the Super Witch Card attacks and abilities. You can check out the gameplay video below.

As can be discerned from the above gameplay footage, the Super Witch Card seems to have the combined powers of the normal witch, Mother Witch and Night witch. It seems like a 3 in one package where Super Witch has the abilities of all three witches.

Another image revealing Super Witch’s stat was posted on Twitter and she seems to be quite a strong card. The image shows that she will spawn Level 11 skeletons and Hogs and have around 1000 hitpoints. Okay, how to get the Super Witch Card?

Super Witch will be a limited-time card similar to Super Lava Hound. She will have her own event and bring a set of challenges. She might be the last reward, meaning players will have to win all the challenges to get her. However, nothing has yet been shared about the challenge. And that’s everything we know so far.

How to Get Limited Super Witch Card in Clash Royale