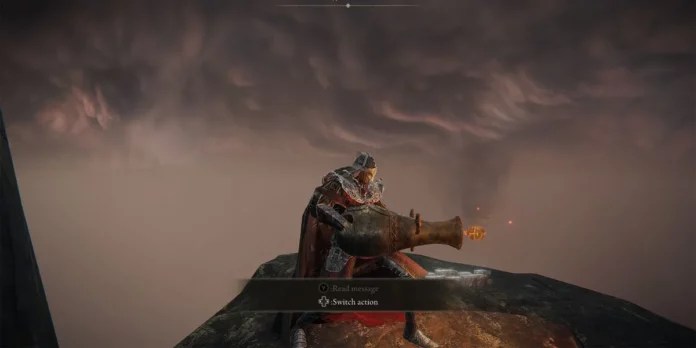 The Soulsborne games are known for their difficulty level, and Elden Ring is no exception. Each location has its own level of difficulty, some being less difficult than the rest. Some locations hold special items, ashes, and armaments that make the game a whole lot easier. One of these armaments is the quirky Jar Cannon.

Against what it seems, the Jar Cannon is actually a Ballista in Elden Ring. This weapon is different from most since it does not scale with any stats, and is a good Weapon for a ranged combat option. It deals massive damage, but players must be tactful with positioning and aiming due to its slow reload speed.

This weapon arrives around halfway through the game, and it can be found at Mt. Gelmir. It is dropped by the boss Demi-Human Queen Margot at the end of Volcano Cave, all the way at the northern tip of Mt. Gelmir.

Being a Ballista, it allows players to fire Greatbolts of any kind, be it Ballista Bolts, Bone Ballista Bolts, Explosive Greatbolts, or Lightning Greatbolts. Each different type of Greatbolt can be used to devastating effect based purely on the player’s imagination and playstyle.

How to Get Jar Cannon in Elden Ring on Steam Deck