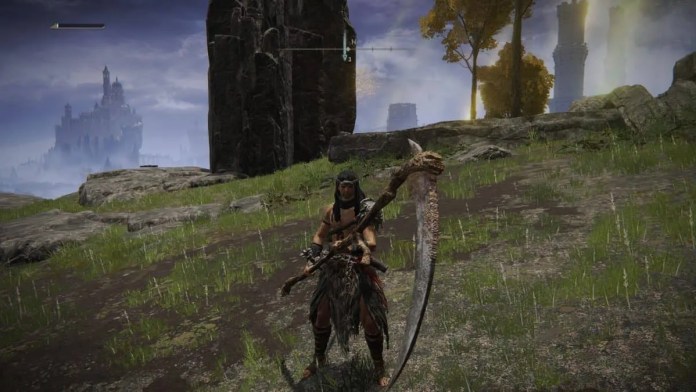 The Soulsborne games are known for their difficulty level, and Elden Ring is no exception. Each location has its own level of difficulty, some being less difficult than the rest. Some locations hold special items and armaments that make the game a whole lot easier. One of these weapons is the Grave Scythe.

Grave Scythe is a Reaper weapon in Elden Ring. One of the few great quality build weapons in the game, the Grave Scythe scales with both Strength and Dexterity stats equally.

Thankfully, for being such a good weapon, it isn’t too difficult to find. The Grave Scythe does not have a fixed drop location but it can drop from the Gravekeeper Skeleton enemies that wield this weapon around the game world, especially in the Catacombs regions.

The Grave Scythe has a decent weapon art by itself, the Spinning Slash. This attack lets the player spin around and hit enemies around them in a rotational motion. If this weapon art is not to the player’s liking, there is an option to imbue the Grave Scythe with various Ashes of War which would provide more utility and a better fit for the player’s playstyle.

In conclusion, the Scythe also has two more fun aspects to it. The bleed buildup effect helps with enemies who have gigantic health bars and the extra vitality it provides helps against enemies like Basilisks who have the Death status buildup, by increasing the Death blight resistance by 35.