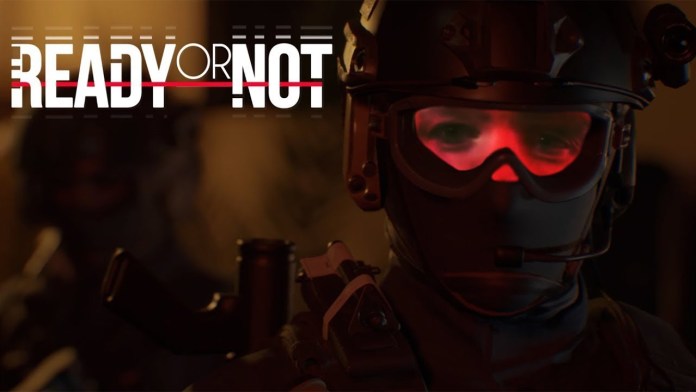 Ready or Not is a tactical shooter that takes inspiration from early Rainbow Six titles or SWAT 4, and was developed in the wake of the current Rainbow Six Siege becoming more console oriented. However, the game is more fast-paced than most shooters and focuses more on multiplayer.

Ever since it launched, the game has been quite successful on all compatible platforms. And although uniforms aren’t the primary focus of the game, they’re worth having to make your character stand out. The Federal HRT Uniform is one that stands out amongst the rest, so in this article, we’re showing you how to get Federal HRT Skin in Ready Or Not.

How to Get Federal HRT Skin in Ready Or Not

And while the price might seem enormous for some players, it’s worth noting that the game’s Supporter Edition also gives players access to the first future expansion, the official soundtrack as well as its experimental supporter branch that allows you to try out certain maps before they are released.

However, if you can purchase the game’s Supporter Edition and want to access the Federal HRT Uniform in the game, you can equip it from the locker room in your headquarters.

And as a lot of players have probably noticed, there aren’t many uniforms available in Ready or Not. The LSPD SWAT and LSPD SWAT OD have identical color patterns whereas the Federal HRT is different as it has a forest camouflage design that just makes it distinct from every other uniform in the game.

So that’s what we have for you on how to get Federal HRT Skin in Ready Or Not. The game is known for its gritty and realistic aesthetic that allows you to play with Immersive characters. And while it doesn’t do more than make you look cool, some uniforms allow you to blend in with certain surroundings on various maps.

How to Get Federal HRT Skin in Ready Or Not