Home Game Guides Is Ready Or Not Single Player? – Explained 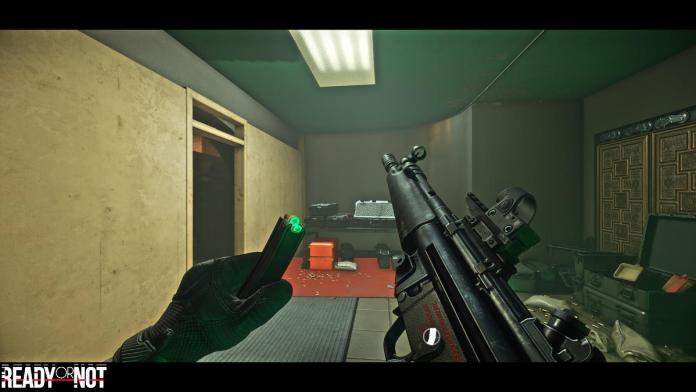 Ready or Not is a tactical first-person shooter from VOID Interactive. Players are a part of a small tactical team, sent on highly dangerous missions in order to rescue hostages, neutralize threats, and secure evidence. Today, we’re here to answer the question: Is Ready or Not single player?

Ready or Not Single & Multiplayer Explained

In Ready or Not, players will infiltrate hot zones that can range from small to moderate, to mansion sized. Obviously, going into one of these zones alone would be suicide, so you’re always part of a small team of five.

Ready or Not can be played in both single and multiplayer modes, thanks to its requirement of always having a team of five.

If you’re going solo, the remaining four teammates will be taken over by the AI. The game’s ally AI is pretty good, and you also have full control over them.

AI teammates can be given direct orders easily thanks to the contextual system. For example, looking at a door will prompt you with a command to bash it down, if one of your teammates has the Battering Ram or Breaching Shotgun equipped.

Speaking of, you can fully customize your entire team’s loadout. You can freely change their primary, secondary, and tactical equipment to best suit the mission. You’ll need the right tools for the job!

However, in our own personal experience, Ready or Not is best experienced with a full team of five real human players. Grab four of your friends if they’re into methodical and tactical gameplay, and be prepared for intense situations!

During a multiplayer session, each player has full control over their own character. You’ll need to communicate to each other to share tactics and observations. Try using the in-game voice chat for maximum immersion.

We hope this guide explains whether Ready or Not is single player. If you have any other questions, let us know in the comments below!

Is Ready Or Not Single Player? – Explained