Home Game Guides How to Get Extra Lives in Cuphead: The Delicious Last Course DLC 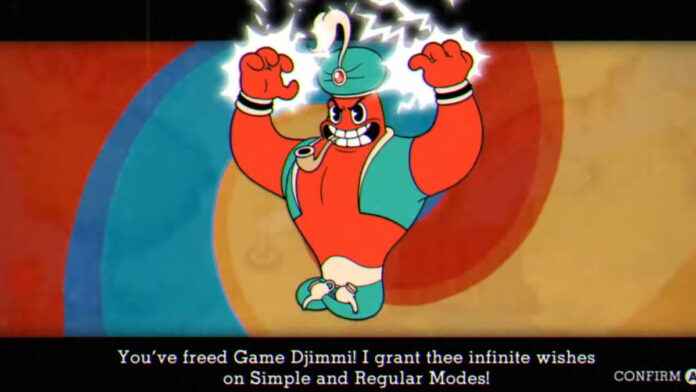 In the Cuphead DLC, The Delicious Last Course, there are plenty of new bosses to challenge and conquer. Don’t expect the DLC bosses to be any easier than the base game’s bosses! If you’re having trouble surviving during the boss fights, we’ve got a nice secret for you to take advantage of. Today, we’ll show you how to get extra lives in Cuphead: The Delicious Last Course DLC!

How to Get Extra Lives in Cuphead DLC

With the release of The Delicious Last Course, many players are excited to check out the new bosses. However, if the original Cuphead’s bosses were too much for you, you might have given up on trying to beat the game. Have no fear, as this secret is for you!

First, you’ll need to get the Twin Heart charm, which increases your HP, or lives, by two but lowers your attack power. You can buy this charm from Porkrind’s Emporium, just like the other charms. Once you buy it, make sure to equip it.

With the Twin Heart charm equipped, all you need to do now is simply spin around in a circle on the world map. Yes, you heard us right—spin around and around until the Game Djimmi pops up.

Now, start any boss level on Simple or Regular mode, and you’ll begin the fight with a whopping 9 HP! This should be more than enough for the average player to beat just about any boss, so have at it.

Related | Cuphead DLC: How to Unlock ‘A Horrible Night to Have a Curse’ Achievement

This effect only lasts for one boss. If you want to get 9 HP again, you’ll have to spin around in a circle again. Be warned—if you haven’t beaten The Devil yet on your current save file, you can only perform this secret three times. Once you beat The Devil, you can use it as many times as you like.

That concludes our guide on how to get extra lives in Cuphead: The Delicious Last Course DLC. If you have any other questions about the new Cuphead DLC, let us know in the comments below!

How to Get Extra Lives in Cuphead: The Delicious Last Course DLC