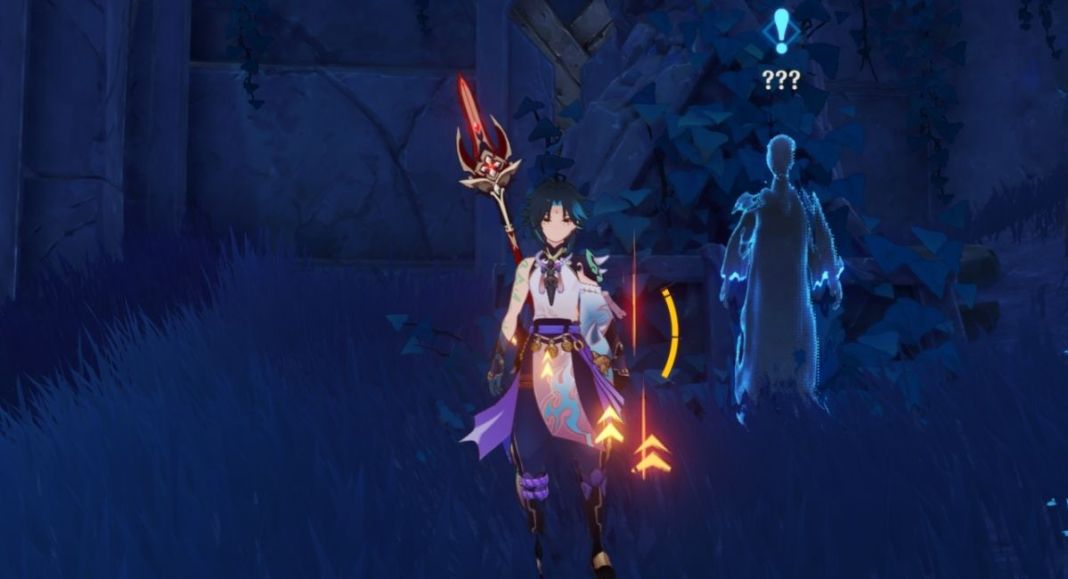 The addition of Enkanomiya with the Genshin Impact 2.4 update has brought along a ton of secret locations, puzzles, world quests, and other similar things that players can uncover while exploring the different sub-areas of Enkanomiya.

Related | Genshin Impact: Where to Find the Secret Room Key in Enkanomiya

The world quests, in particular, are found all around Enkanomiya. All you have to do is to explore the different sub-areas during Whitenight and Evernight.

Among many, we have one important world quest called Erebos’ Secret that players come across in one of the sub-areas of Enkanomiya while exploring the location during Evernight.

In this Genshin Impact guide, we talk about how you can unlock the Erebos’ Secret world quest.

How to Get Erebos’ Secret World Quest

In Genshin Impact, you can get the newly added world quests, Erebos’ Secret, by talking to the Shade of Tokyo near the Northwest waypoint of The Serpent’s Heart Island of Enkanomiya.

In the above screenshot, the player icon denotes the exact location where you will find the said Shade of Tokyo. Talking to him will add the Erebos’ Secret world quest along with four sub-quests, The Three Great Martial Trials, Yachimatahiko’s Trial, Yachimatahime’s Trial, and Kunado’s Trial.

To make sure the Shade of Tokyo is available at the marked location, you have to complete the pre-requisite for the Erebos’ Secret world quest. Which is to complete another world quest that goes by the name “From Dusk to Dawn in Byakuyakoku.”

From Dusk to Dawn in Byakuyakoku world quest is a part of the introductory quest you get upon entering Enkanomiya. So, there is a high chance that most of you meet the pre-requisite to unlock Erebos’ Secret world quest.