Home Game Guides How to Get Bad Omen in Minecraft Bedrock 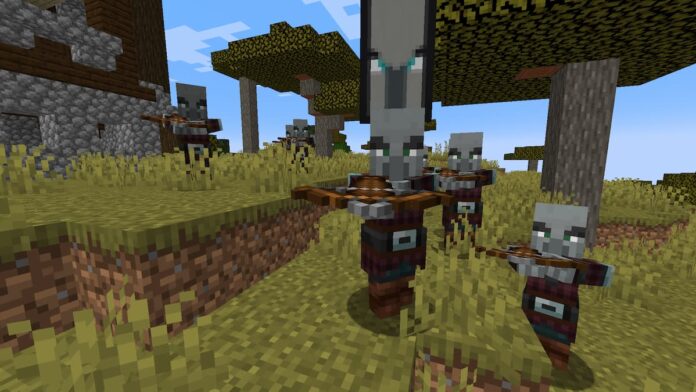 Like many other survival and fantasy-themed games, Minecraft also features various status effects. Some effects are beneficial to players, while others can put them in danger. By being opportunistic, players can benefit from the negative effects like Weakness and Bad Omen. This guide talks about Bad Omen and explains how to get it in Minecraft.

Bad Omen Effect in Minecraft: How to Get and Use it

Illager captain looks similar to pillagers and vindicators, but it holds an illager banner over his head. Players can easily spot a raid captain. Illagers are evil villagers who attack villages and kill villagers in Minecraft.

Use of Bad Omen Effect

A raid farm produces many useful items such as Totems of Undying, emeralds, arrows, saddles, and more. Players interested in raid farming can watch the above raid farm tutorial by silentwisperer.

Bad Omen is inherently a negative effect. Players should avoid entering a village with Bad Omen, and this effect can be removed by drinking a bucket of milk.

Related: How to Get Totem of Undying in Minecraft

How to Get Bad Omen in Minecraft Bedrock