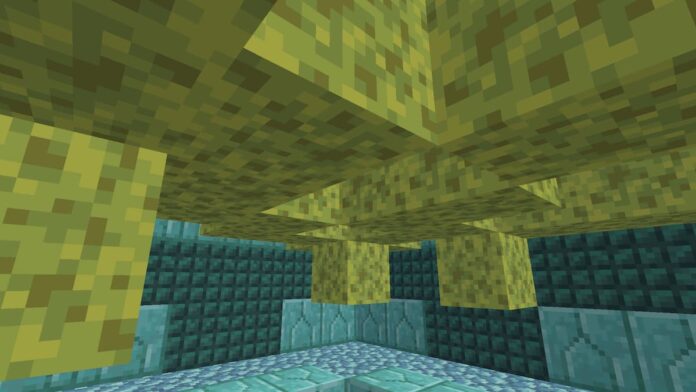 Minecraft is arguably the most famous sandbox block game. It features almost endless worlds made of nothing but blocks. Players can find a plethora of unique blocks in Minecraft, and some have exciting features like sponge blocks.

Sponges were initially added in Minecraft as a temporary fix for an infinite water glitch that plagued the world during the early Classic versions released back in 2009. However, developers let the block stay even after the glitch was fixed.

Sponge in Minecraft Bedrock: Everything you need to know

How to Get Sponge in Minecraft Bedrock Edition

If you are looking for sponges, you will first need to find an ocean monument. These structures are the only place where sponges are found in Minecraft. Ocean monuments have rooms filled with wet sponge blocks, and these rooms have an average of 30 wet sponge blocks. Players can use hoes to break sponges quickly.

How to Use Sponge in Minecraft Bedrock Edition

Sponges mined from ocean monuments are always in wet condition. Players can dry them by burning them in furnaces or placing them in the Nether realm. Once sponges are dried, you can place them near water blocks to soak water in Minecraft.

One sponge block can soak water in a seven-block radius. Players can use sponges to remove water from oceans and rivers. Without sponges, removing water is a highly tedious task as players will have to remove water using blocks like sand.

Using sponges, players can get rid of water from anywhere and use the new free space. Many players like to use sponge blocks to drain water from ocean monuments in order to prevent guardians from spawning.

Also Read | Are Fireflies coming to Minecraft in The Wild Update? – Answered

How to Get and Use Sponge in Minecraft Bedrock