Home Guides How to Get a Predasite in Warframe 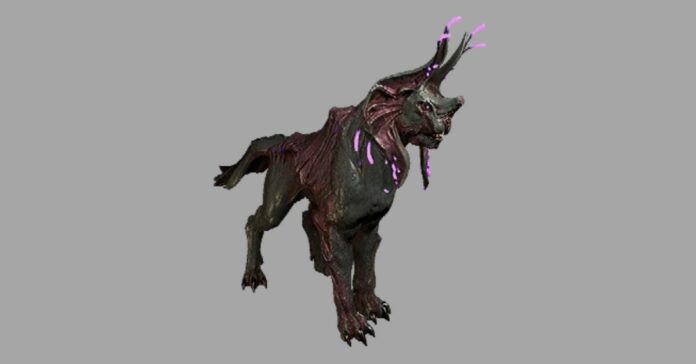 Predasite in Warframe is a special Infested companion that reminds Kubrow. They possess a modular system quite similar to MOAs from Fortuna on Venus. It means that you can choose the form, stats, and abilities of your Predasite via choosing ingredients for creating it. These mutated dogs are one of the main useful things that the Entrati syndicate can provide you with. This guide will tell you about Predasites and how to obtain them.

How to Create a Predasite in Warframe

Predasites are Infested animals that look like mutated Kubrow or Kubrodons. They live on Deimos and you can find them on Cambion Drift. The first thing you need to turn one of them into your companion is to catch it. You have to pursue one of them and shot it with Tranquil Rifle. But you need a weakened variation that took some damage before you put it to sleep. The best way to get it is to bring a Warframe with the ability that gains invisibility. Then you just need to follow Predasite and wait until it will get some damage. There are three Subspecies of them. The regular one that you can find anywhere is called Vizier. Pharaoh is rare ones that can be found only during the Fass period. Medjay is the same as Pharaoh but spawns during the Vome period.

RELATED: How to Get a Vulpaphyla in Warframe

After you caught one of the Predasites, you need to bring it to the Son. This Entrati can revivify your infested mutant with chosen Mutagen and Antigen. You can buy blueprints to craft these from the Son. There are 4 Mutagens and 4 Antigens that are able on different ranks. Starting from Entrati syndicate Rank 1: Stranger, and ending up with Rank 4: Friend.

The abilities and stats of your Predasite will be based on components you used to revivify it. This includes Subspecies, Mutagens, and Antigens. Don’t be afraid of experimentation to get the Predasite you like.