Home Game Guides How to Get a Lodestone in Minecraft 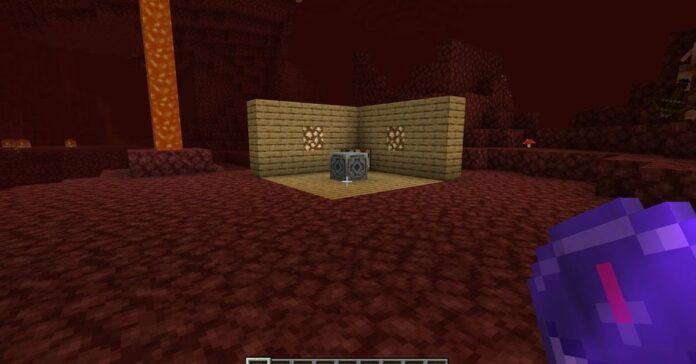 Lodestone is a unique and special version of the block in Minecraft that appeared in the game after the major update 1.16. Its essence lies in the fact that if you click on it RMB having a compass in the hands of the character, then the object will instantly be attached to this block. As a result, the compass will always point to the Lodestone. For this reason, this is an essential item if you don’t want to get lost. In this guide, we will tell you how to get Lodestone in Minecraft.

How to Craft Lodestone in Minecraft?

To craft this block, you will need 8 pieces of chiseled stone bricks (they can either be crafted using two stone bricks or found inside the temple of the jungle biome) and one netherite ingot (it can be made from netherite scrap and Gold bars). It is necessary to arrange all the extracted resources as follows: an ingot should lie in the center, and brick blocks around it.

Where to Get Lodestone From?

Lodestone is part of the natural generation of the world. But it spawns only on the bridge of the destroyed bastion inside the chest (the maximum amount of lodestone found in one chest is 1 piece). The bridge is part of the Bastion Ruins. The structure itself resembles a partly destroyed castle, so it is rather difficult to miss such a structure.

How to Get a Lodestone in Minecraft