Home Guides How to Get a Frost Core in Terraria 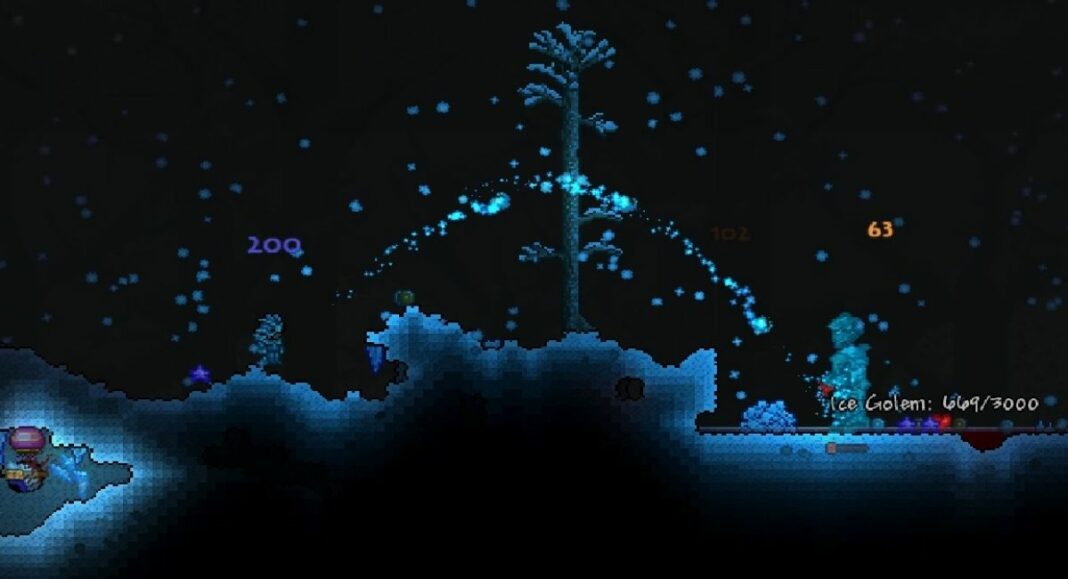 The Frost Core is one of the rare crafting materials in Terraria which players can get by killing a certain enemy. It is used for crafting the Cool Whip weapon and Frost armor. Apart from that, there is no use of the Frost Core.

If you have seven frost cores, you can craft everything in Terraria that uses the frost core. But, due to its rarity and lack of knowledge on how to get the frost core, many players find getting frost cores a rather daunting task.

Related | How to Get a Sharpening Station in Terraria

In the wake of that, in this article, we will talk about how exactly you can get Frost Core in Terraria.

How to Get a Frost Core

Players can get the Frost Core from the Ice Golem enemy. They are one of the rare Hardmode enemies whom you can find in the Snow biome. We recommend players use the Lifeform Analyzer accessory or its higher variants to detect the Ice Golems.

Related | How to Get a Black Lens in Terraria

The Traveling Merchant NPC will spawn at your base if you have at least two other NPCs at your base. Keep in mind, the Old Man and Skeleton Merchant NPCs do not contribute to the count.

That’s it for now. While you are here, read our guide on how to get Blindfold in Terraria.