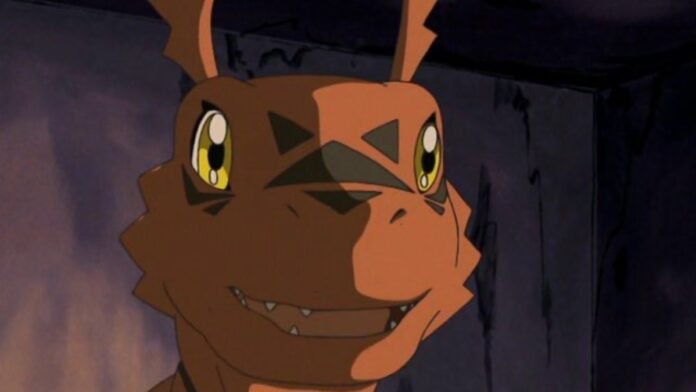 Digimon Survive is here at long last. After years of speculation, delays, and developer changes, the anticipated new game from the beloved franchise is set to release. Survive will combine visual novel elements and tactics as you navigate through the dangerous digital world. In a place like that, there’s no way to live without protection, which is where your beloved Digimon partners will come in. You’ll collect most of the Digimon by playing the game. However, you can land yourself a free one in advance with the right steps. This is how to get a free Guilmon in Digimon Survive.

The Deadline For Getting Guilmon

RELATED: Everything We Learned About Digimon Survive From Digimon Con

Guilmon is the game’s preorder bonus as your reward for purchasing the game at release. Fortunately, you do not have to purchase it before the actual release date to claim it. As long as you buy the game within the first month of its release date, you’ll get the Guilmon. If you buy the digital version, you’ll be sent a code and if you get the physical version, there will be a code included inside the box. How you actually redeem it will depend on what platform you buy it for. The game will be available on PC, Nintendo Switch, Playstation 4, and Xbox One. Whichever one, you have to go to its main store and put the code in. Since the game launches on July 29th, you have until August 29th, 2022 to buy it with the Guilmon included. After that, it will be gone as a purchase bonus.

How To Claim Your Guilmon In The Game

You will not be able to claim your Guilmon right away in the game, as you have to play up to a certain point in order to unlock some features. You’ll need to complete the prologue to actually claim the Guilmon. Survive is a fairly long game and as a result, even finishing the first part will take a bit of time. Once you’ve finished the equipment tutorial, you’ll be able to grab the Guilmon from the main menu. Choose the Receive Bonus option and the game will tell you that you now have the Guilmon.

Guilmon is a fire using Virus Digimon that will make an excellent addition to your team, so make sure to get the game by the end of August!

How To Get A Free Guilmon In Digimon Survive