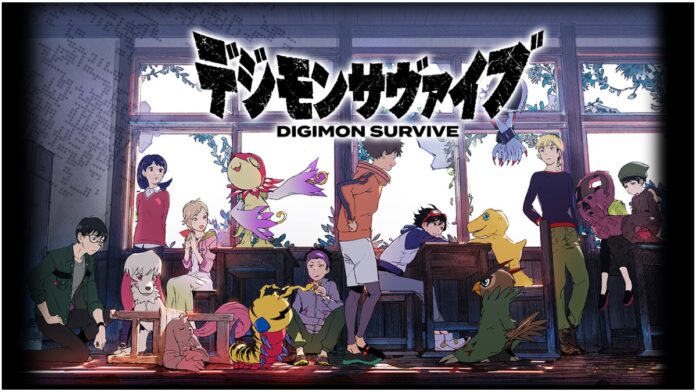 After months and months of no updates regarding the development of Digimon Survive, the newest console game from the beloved franchise, players were finally blessed with new information in a February 26 stream. The information was brief but most people were just content with the knowledge that the game was not scrapped.

Where The Game Has Been

To start off, it was revealed that the reason there were no updates for so long was that the game had a change of developer and there was a period of uncertainty, so the creators did not feel comfortable sharing any footage for some time. Now that the cat’s out of the bag, we can certainly expect more updates in the future. Sadly, there is still no release date at this time but viewers were assured we would have one very soon.

What To Expect When Playing It

From the looks of things, the game will be 70 percent visual novel style and 30 percent combat. It is confirmed that it will be a Text Adventure and Tactics game. You play from the first-person perspective and can interact with those around you in order to bond with them. The more you develop a kinship with your friends, the more likely they are to give you items and help you in battles. You will also be able to use a special phone to see things others cannot in a Fatal Frame style way in order to spot hidden monsters and items.

How Battles Will Work

The tactical based combat has the player pick up to 10 Digimon to use in a fight. The units will rotate based on their speed, so the faster they are, the sooner their turn will be. Variables such as how far a Digimon can move, if they can change the terrain, etc will also come into play. Certain units will also be able to attack from different directions. Using attacks and Digivolving will cost stamina. Overall, it’s looking to be a really interesting form of combat.

How The Game Progresses

Each decision the player makes affects the story’s outcome and because of that, it is possible for the protagonist’s friends to die. Survive is expected to have a much darker tone compared to past games, as it is aimed at adults who grew up with the original animes. If that doesn’t sound like your cup of tea, it was reported that there is a new Digmon Story game in the works, which will most likely have a more traditional plot.

The game will have 12 chapters altogether to complete and takes about 40 hours to do. Once you get to chapter 8, you’ll be choosing 1 of 3 routes to take which are Harmony, Morality, and Rage. Together, all 3 paths take about 80 to 100 hours to finish. How fast you actually will sometimes depend on the difficulty you chose. Players will have 5 different difficulty options to choose from in the form of Difficult, Normal, Easy, and Very Easy.

How You Get Digimon On Your Team

The game will have 113 Digimon in total available for you to recruit. To bring them to your team, you will have to speak to them and persuade them to join you. This mechanic will be familiar for those who have played Shin Megami Tensei before. Most likely, you’ll have certain dialogue options when talking to a Digimon and the one you choose will determine if they join you or not.

Those were all the details creators could give us. Hopefully, more news on Survive will be shared soon!

Everything We Learned About Digimon Survive From Digimon Con