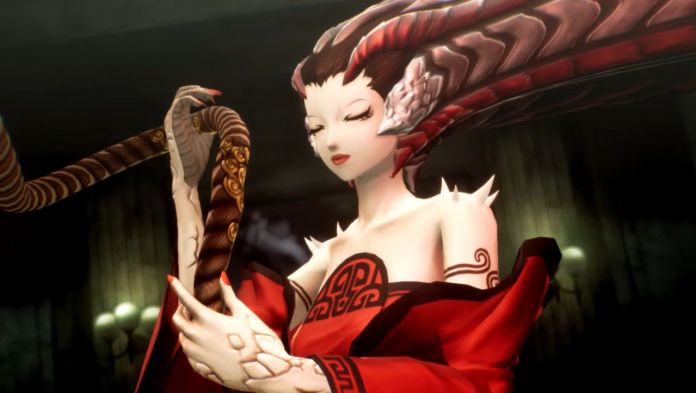 Nuwa is undoubtedly one of the most popular characters in Shin Megami Tensei V. She can be either an ally or a fierce enemy depending on the path you have chosen, and she can even join your party once you complete the game and start a New Game Plus playthrough.

Here’s how to fuse Nuwa in her transformed form and which skill she learns.

How to Fuse Nuwa (Transformed) in Shin Megami Tensei V

Nuwa (Transformed) can be fused via Special Fusion alongside her regular form only in New Game Plus. To get her to join your party, you will have to fuse regular Nuwa with Hydra, Ananta and Yamata-no-Orochi.

Given she is one of the strongest demons in the game, it shouldn’t surprise you that her resistances and skill proficiency are extremely solid. She can null Electricity and Darkness and repel Force. She is, however, weak to Fire, so be careful when fighting enemies using Agi skills and the like.

Transformed Nuwa’s skill proficiency also makes it possible to build her in a few different ways. She comes with a +7 in Force, +3 in Electricity and Healing, and +2 in Ice. Her -6 in Fire and -3 in both Light and Darkness make her bad at using these skill types, so do not make her learn any.

Below, you will find all the skills Nuwa (Transformed) learns.

How to Fuse Nuwa (Transformed) in Shin Megami Tensei V