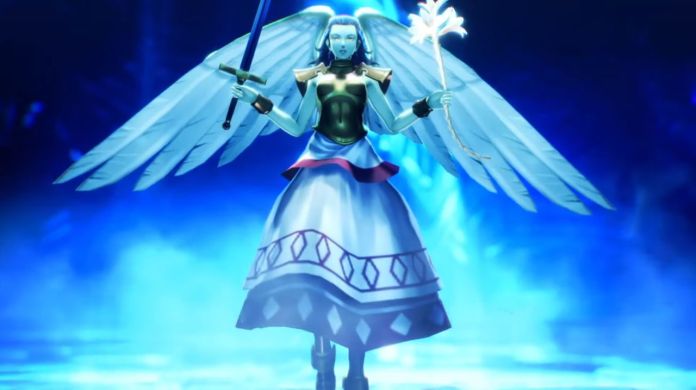 The Nahobino may be a being of extraordinary power in Shin Megami Tensei V, but he would never be able to survive the dangers of Da’at without a team of powerful demons.

To get the most powerful demons available in the game to your side, you will often have to fuse them via Special Fusion. Here’s how to get one of them, the Herald race demon Gabriel.

How to Fuse Gabriel in Shin Megami Tensei V

To fuse Gabriel via Special Fusion in Shin Megami Tensei V, you will first have to complete the late-game sidequest called The Holy Ring. As part of this quest, you will have to defeat Gabriel alongside Raphael and Uriel, something that is very hard to do if you accept the sidequest as soon as you reach the Taito ward. Complete some of your objectives in the ward first to level up and get more demons to your side, and then try taking the three Herald demons down.

Once the sidequest has been completed, you can get Gabriel via Special Fusion by fusing Raphael with Throne.

Gabriel, like Raphael and Uriel, comes with some nice resistances that make the demon an overall solid choice. Gabriel resists Fire attacks and nulls Ice and Light attacks but is weak to Electricity, so take this into account before adding the demon to your battle party.

Gabriel is also quite good at handling a variety of skills. With a +5 proficiency in Ice, +3 in Heal, and +1 in Support, the demon is a great one to bring if you need a demon good at supporting the party while still being able to dish out damage. The -4 in Electricity and -7 in Ailments should also be kept into account during Fusion.

Below, you will find all the skills Gabriel learns.

How to Fuse Gabriel in Shin Megami Tensei V