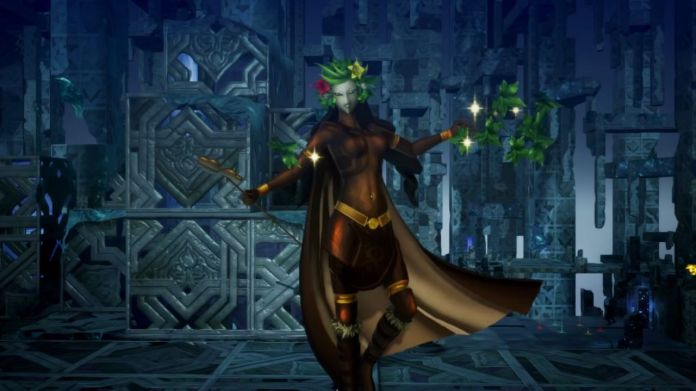 Shin Megami Tensei V, like previous entries in the series, allows players to make different choices during the campaign that influence how the story will play out in the final segment. Depending on your choices, you may also get access to different demons.

This is the case of Danu, a demon whose Special Fusion can be unlocked only after meeting a certain requirement. Here’s everything you need to know to unlock it.

How to Fuse Danu in Shin Megami Tensei V

To unlock Danu’s Special Fusion, you will first have to defeat the demon in combat, and the only way to fight her is by choosing to destroy the throne to allow humans the freedom to live the way they want. If this is the choice you have made, Maria will transform into Danu, allowing you to fight her and unlock her Special Fusion.

Once you do defeat the mother goddess of Celtic mythology, you will be able to get her by fusing Fion mac Cumhail, Skadi, and Queen Medb.

Danu is among the strongest demons in the game, and this is reflected in her resistances, as she can resist and null multiple elements. The demon can resist Fire, Ice, Electricity and Force, and Null Light. She is weak to Darkness, so make sure to avoid having her in your party when fighting demons that can use Mudo skills, as they will kill her instantly.

The demon’s skill potential, on the other hand, isn’t as varied, but it’s still more than decent, compared to other demons. Danu comes with a +4 in Almighty and Healing, +3 in Light, and +2 in Ice and Support. She has a -3 in Physical, which makes her quite bad at using this skill type.

Below, you will find all the skills Danu learns.

How to Fuse Danu in Shin Megami Tensei V