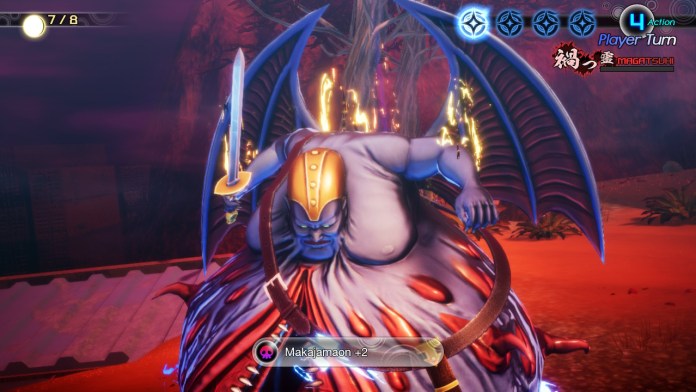 In Shin Megami Tensei V, like in previous entries in the series, it is possible to recruit demons by talking with them in combat. Unfortunately, certain demons, like the main story bosses, have no intention of negotiating, so the only way you have to get them into your party is by defeating them first and then fusing them in the World of Shadows.

Among these demons is Arioch. Here’s how to get him via Special Fusion.

How to Fuse Arioch in Shin Megami Tensei V

As already mentioned, you will first have to defeat Arioch before you can get him in your party via Special Fusion. The demon is the main boss of the Demon King’s Castle area, so it is impossible to miss.

After defeating Arioch, you can get him by fusing Seth, Cybele, and Anzu. You will also need to be at Level 75 or higher.

Being a high-level demon, Arioch is definitely a good demon to bring into battle, although his resistances aren’t particularly varied. He can repel Ice and resist Force and Dark, but he is weak to Electricity.

The demon’s skill potential, like Resistances, isn’t particularly varied either, and he is only truly good at using Ice skills (+5). His +2 in Physical and +2 in Ailments are welcome, but not particularly game-changing. Additionally, do keep his -7 in Electricity in mind while fusing to avoid wasting a skill slot for Electricity skills.

Below, you will find all the skills Arioch learns.

How to Fuse Arioch in Shin Megami Tensei V