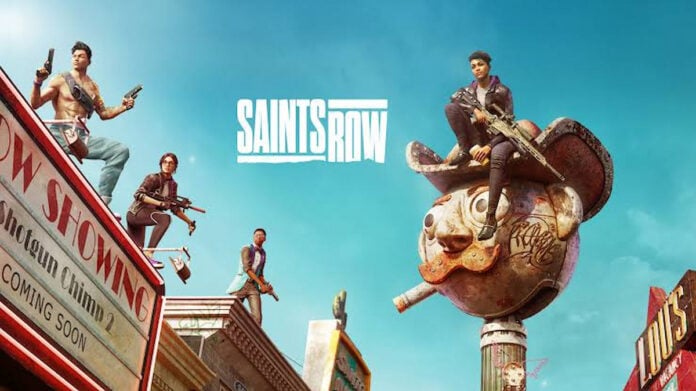 Developed by Volition and published by Deep Silver, Saint Row (2022) is the fifth instalment of the Saint Row games series. The game has been out less than a day and despite the mixed reviews, time will tell just how successful this instalment will be.

While the majority of players are still trying to get the hang of the game by getting used to the new and improved gameplay mechanics, some players are simply trying to have a seamless experience without lag but having little luck. So in this article, we’ll be looking at how to fix FPS issues in Saints Row Reboot.

How to Fix FPS Issues in Saints Row Reboot

There’s a handful of things that can lead to poor FPS in a new high-end game such as Saints Row Reboot. So below are some of the things to check and or amend in order to fix the FPS issues with Saints Row Reboot.

This is the first thing you ought to do before you spend time downloading and installing this game. Use the image below to check if your PC meets the minimum requirements to play the game. If it does, great. If it doesn’t, you should consider getting new gaming hardware or sit this one out for now.

Play the Game on SSD Instead of HDD

SSDs are much more faster than HDDs when it comes to processing apps on your PC. So we suggest you install Saints Row Reboot on your SSD and not on your HDD. The game is about 60-65GB in size, so try to clean up enough space and install it on your SSD for a much better FPS experience.

In this case, it really just depends on the type of driver you’re using. Be it Nvidia, AMD you can update your computer’s drivers to meet the recommended specs to run Saints Row Reboot. Having updated graphics card drivers is always the go-to for most FPS-related issues, so be sure to update yours.

Play the Game at a Lower Graphics Settings

Not everybody likes doing this one. However, there are times when even if your PC is pretty good at running high-end games, it might struggle to run the latest games. In this case, if you’re used to playing games at High Graphics Settings, we recommend lowering it to Medium or Low to fix any FPS issues.

Features such as Shadows, Anti-Aliasing, and V-Sync aren’t necessary if your PC is struggling to run the game at high settings, so consider turning them off. You can also reduce the game’s Resolution Scale to 60-70% only if you notice that it helps. If it doesn’t, fire it back to 100%. There are other pesky settings on there that eat up a lot of your computer’s VRAM and processing power, simply toy around with the settings and figure them out. If you press the wrong setting, you can always revert to default.

That’s all we have for you on how to fix FPS issues in Saints Row Reboot. A last and obvious suggestion would be to make sure your PC is plugged into a strong power source while you play the game. This is because your computer is at its best performance when it’s plugged in and charging.

How to Fix FPS Issues in Saints Row Reboot