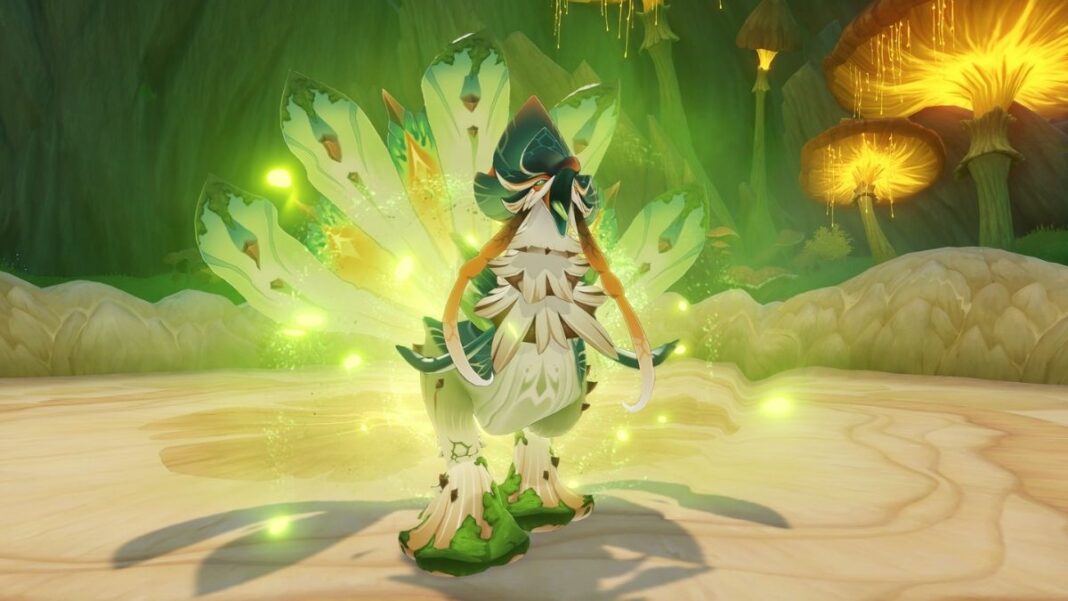 The Jadeplume Terrorshroom is a new world boss in Genshin Impact that got added with the version 3.0 “The Morn a Thousand Roses Brings” update. You must battle the boss and use resins to claim character ascension materials like Majestic Hooked Beak and others. In this guide! We explain how to find and unlock the Terrorshroom Boss in Genshin Impact.

Related | All Dendroculus Location in Sumeru Region in Genshin Impact

Related | Genshin Impact Tighnari Special Dish and How to Make It

Finding the boss on the map is easy. But to locate it in actual, it is a little difficult.

Once you take the portal, you will find yourself on a big tree branch. Turn around and activate the Teleport Waypoint. And that is it. Now you have the Jadeplume Terrorshroom boss unlocked. Teleport to the boss waypoint whevever you want and battle the weekly boss.

How to Find and Unlock Jadeplume Terrorshroom Boss in Genshin Impact