Home Guides How to Find and Unlock Empty Boat of a Thousand Gates in... 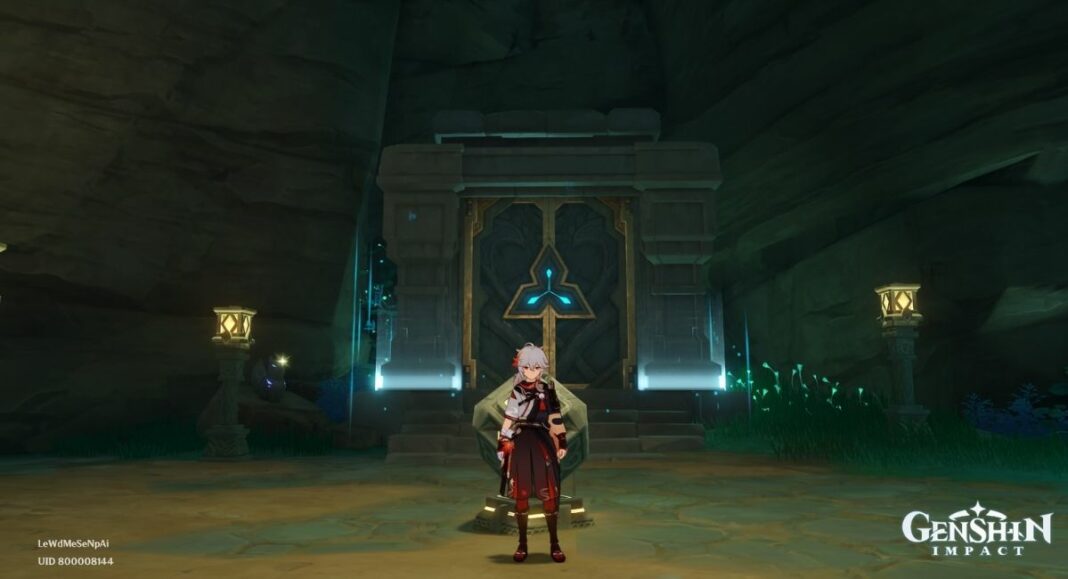 The Empty Boat of a Thousand Gates is one of the many new domains that were introduced with Genshin Impact’s Inazuma update. It is one of the hardest domains to unlock. Players have to solve environmental puzzles and get hold of the memento lens to unlock the domain.

In this guide, we will talk about where you can find the Empty Boat of a Thousand Gates domain and how you can solve the Araumi puzzle to unlock the domain.

Empty Boat of a Thousand Gates domain is located inside the Araumi dungeon found north of Grand Narukami Shrine.

Now let us go through all the steps one by one.

To light up the third electro pillar, players have to solve the block puzzle. Get all the flowers to the front to solve the puzzle.

Enter The Araumi Dungeon from the Tower

Solve the first block puzzle to un-flood the dungeon halfway through.

To solve the Araumi dungeon block puzzle, you have to face the flowers towards the wall. Once they all light up, the lower part of the dungeon is un-flooded halfway through.

Navigate through the flooded area to reach the second block puzzle room. Once again you have to solve a block puzzle. This time around you have to face the flowers outwards. Once you do that, the Araumi dungeon is un-flooded and you can access the Empty Boat of a Thousand Gates domain, only after solving a few tiles-related puzzles.

Drop to the perpetual mechanical array boss arena and climb up the path that leads to the Empty Boat of a Thousand Gates domain. There are two ground tiles puzzles that you have to solve to unlock the domain.

To solve the tile puzzle, walk on the tiles in such a way that you cover all the tiles without walking on the same one twice. The best way to solve this puzzle is to cover the corner tiles first and use a 2D Helical path.

Solve the second tile puzzle in the same way.

Scan the nearby Earth Kitsune statue and then activate the central mechanism.

And, you have the Empty Boat of a Thousand Gates domain unlocked.

Now, you can just interact with the domain to access and clear it.