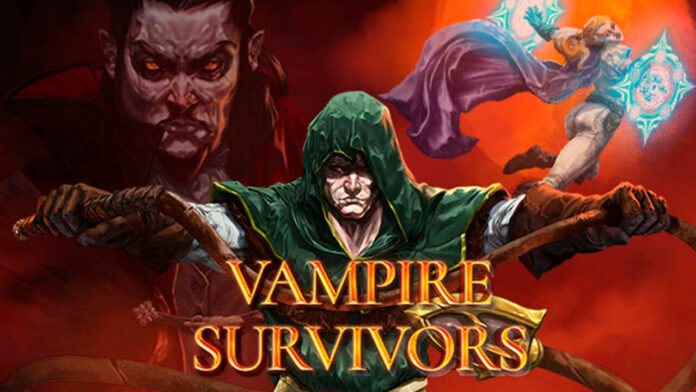 Vampire Survivors is a popular indie game where you have to play as a warrior that fights against different monstrosities and mythical creatures. The game has a huge roster of weapons that you can get and use. One of the most popular items in this game is Santa Water. It works like a grenade that leaves small damaging zones. There are lots of players who want to upgrade this item. So, this guide will tell you how to evolve Saint Water in Vampire Survivors.

How to Evolve Santa Water in Vampire Survivors

Vampire Survivors is an interesting survival game that allows you to fight against monsters and receive valuable rewards. There you will be able to get lots of different weapons and some of them can be evolved into more powerful items.

RELATED: How to Unlock Toastie in Vampire Survivors

In order to be able to fight against the strongest monsters, you will have to receive some upgraded weapons. One of the most popular pieces of equipment is Santa Waters. It allows you to create small areas of blue flame that will damage your opponents. So, you may want to get an evolved version of this weapon.

In order to evolve your Santa Water in Vampire Survivors, you will have to maximize its level and combine it with Attractorb. If you do it you will obtain La Borra which works like Santa Water. However, this upgraded version leaves zones that are able to move toward your character and grow while they move.

How to Evolve Santa Waters in Vampire Survivors