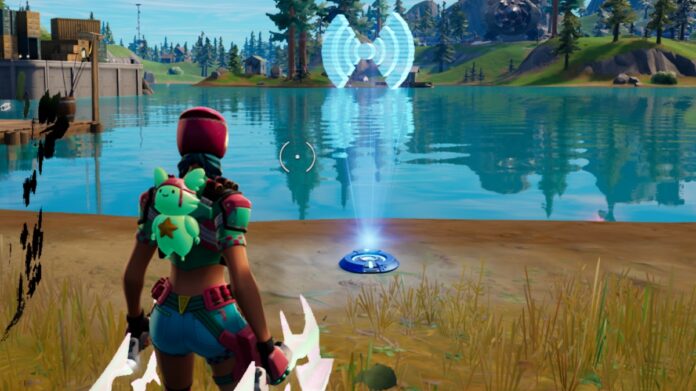 It is week 6 in Fortnite Chapter 3 Season 2 and time for a new set of Resistance Quests. This week’s quests continue the spy-craft and sabotage aspects of previous week’s, with Loopers being sent to target IO Forces and gain important information. As usual we start the Resistance Quests by Establishing a Device Uplink, this time at Loot Lake, and listening in for our instructions. The first quest sends us to 3 different points around Loot Lake placing recon cameras in order to gain info on the Doomsday Device, then onto Synapse Station for our next orders.

How to Eliminate IO Forces and Steal Credentials

IO Forces are also found at a few of the remaining named locations that haven’t seen a battle, such as The Fortress. To eliminate an IO Guard make sure you land somewhere safe, get a couple of weapons, and approach sneakily. this way you can get a few good shots in before the guard and his buddies know you are there. Once you have eliminated one, quickly grab the credentials and escape without getting killed.

How to Eliminate IO Forces and Steal Credentials in Fortnite