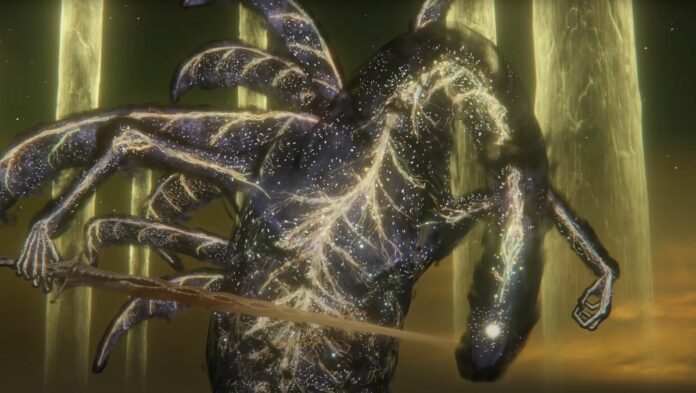 The journey through The Lands Between in Elden Ring is a bloody one, as you will have to fight a lot of extremely powerful enemies to recover the Great Runes and become the new Elden Lord.

At the end of this bloody journey, you will find the Elden Beast. While the game’s final boss isn’t among the most challenging bosses in all of the game, it still is a powerful one that requires some preparation and the correct strategy to win.

Here’s how to beat the Elden Beast easily in Elden Ring.

Unlike many other bosses in Elden Ring, there isn’t a way to cheese your way through the fight against the Elden Beast. But there are some things you can do before the fight even begins to make your life a little easier.

For starters, many of the Elden Beast’s attacks deal Holy damage, so you should make sure to bring as many Holyproof Dried Livers to reduce the damage from these attacks. If you are capable of using the Lord’s Divine Fortification Incantation, do use it as well during the fight. It requires 27 Faith to be used, so if you have neglected improving this stat in your playthrough, using this Incantation may not be an option for you.

As for which armament is the best for beating the Elden Beast, it depends on how you have built your character. Melee and ranged armaments can work equally well depending on your playstyle, so make sure to upgrade your favorite armaments as much as possible before starting this fight. Additionally, using a shield is not really recommended, as the Elden Beast uses powerful attacks that no shield can completely block. Dodging them is way more effective, even though the area of effect attacks may be a little more difficult to avoid, given the big area they can cover.

Last, but not least, bring the best Spirit Summon you have available, such as the Mimic Tear, which continues to work well even after the nerfs. You will need all the help you can get in this fight, and drawing the Elden Beast’s attention away even just for a few seconds may help you quite a bit.

For the rest, it’s business as usual. Learn the Elden Beast’s attack patterns to see when you get an opening, understand how to avoid the enemy’s most powerful attacks, and you will eventually emerge victorious.