Home Game Guides How to Download Minecraft Preview for iOS 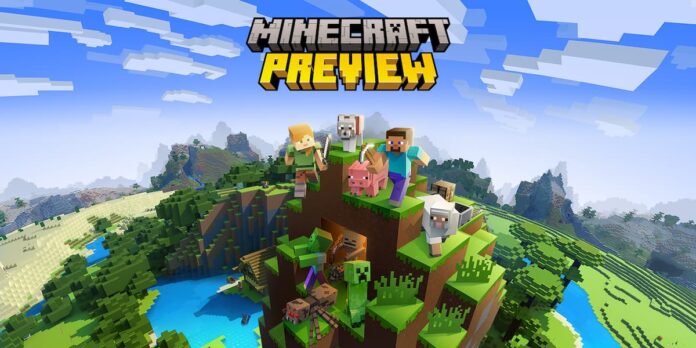 Before launching a major update, Mojang Studios releases beta versions to let players test the upcoming features. However, there were a few issues with the way Bedrock Beta Program worked. The main problem was that it was available only on Xbox, Windows, and Android, while Bedrock Edition was available on many other devices.

Mojang Studios decided to release a separate app/game called Minecraft Preview to get feedback from more players. It can be installed separately from the original Minecraft Bedrock and brings upcoming features and changes for testing.

Earlier, iOS players had no way of trying Beta features. However, they can now finally enjoy experimental features with Minecraft Preview. This article will help you download Minecraft Preview on iOS devices.

Also Read | Is the Allay in Minecraft Bedrock Edition? – Answered

Mojang Studios is testing upcoming Minecraft features on iOS with TestFlight. Currently, developers are allowing only a limited number of players to test Minecraft Preview on iOS. They are opening more slots for testers every week or two.

iOS players can go to aka.ms/PreviewApple to become a tester and download Minecraft Preview. However, this is only possible if there are slots available. Interested players can follow Josh Mulanax, the Minecraft Release Manager, on Twitter to get notified whenever new slots are opened.

Be sure to check out the above link at the given times to get a chance at downloading Minecraft Preview. Don’t be upset if you miss this opportunity, as Mojang has planned to make Minecraft Preview available to all players.

Also Read | Warden vs. Ender Dragon: Who is stronger in Minecraft?