Home Guides How To Defeat Mizutsune In Monster Hunter Rise 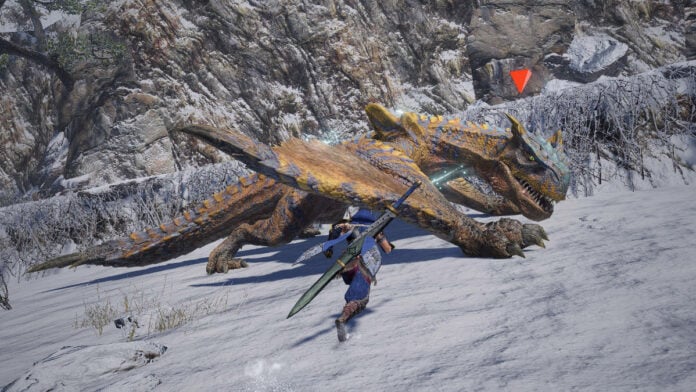 Of the two monsters that you can slay in the Monster Hunter Rise demo, Mizustune is the one that will put up a real challenge. The monster is very agile, has tons of different attacks, and can cause a very annoying status ailment that can make the fight even more complicated if the hunter is not prepared.

Preparation and knowledge of your opponent are extremely important in Monster Hunter Rise, so let us not waste any more time. Here’s everything you need to know about Mizutsune to slay it with ease.

Mizustune is a very agile water monster that moves as it quickly as it does thanks to the foam it secrets. Most of its special attacks are water-based, but one of them is particularly annoying: the white Bubble Attack.

If hit by a white Bubble, you will be afflicted with the Bubble status ailment, an ailment that will impede your movement and make it much more difficult to avoid Mizutsune’s other attacks.

Mizustune’s white Bubble attacks are tricy to avoid if you are not careful, as the monster likes to throw out red and green bubbles as well. These two bubbles increase your attack and heal your wounds respectively, so you definitely should get hit by them whenever you can. In case you mess up, and become Bubbled, have an ally hit you to recover from the status ailment.

The Water Breath attack is possibly even more annoying than the Bubble Attack, as it is fast and can be unleashed both horizontally and vertically. If you notice Mizustune preparing this attack, back as far away as you can to be able to avoid the attack entirely. Emergency Evade is quite good for this.

The frequency of both these attacks in massively increased when Mizutsune is angry. This is indicated by the spikes on its back turning red, so be even more careful when the monster is in this state.

Defeating Mizustune is mostly a matter of being able to anticipate its attacks. They are all pretty much telegraphed, so learning the patters should make it easy to avoid most damage. Make sure to bring Cleansers and Kunais with you: with the first, you can clear the Bubble status ailments without getting attacked, while the latter can be used to pop bubbles and avoid getting hit by them altogether.

Mizutsune is also weak against the Thunder element, so make sure to bring a weapon with the same element to deal more damage and Thuderblight, which makes monsters easier to stun with any weapon type.