Home Guides How to Defeat Barioth in Monster Hunter Rise 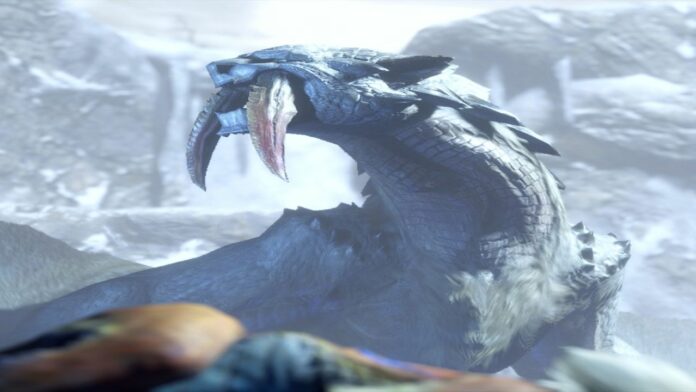 If there is one thing that Monster Hunter Rise doesn’t lack, it’s monsters. The latest entry in the series features a huge monster line-up that will put your knowledge of the game mechanics and your actual skills to the test. All monsters in the game are different from one another, so knowing which weapons to bring and when to attack is extremely important to make it back to Kamura Village in one piece.

Here’s everything you need to know to take down Barrioth with ease.

Barioth makes its comeback to Monster Hunter Rise following its appearance in Monster Hunter 3, Monster Hunter Generations Ultimate, and Monster Hunter World: Iceborn, and it is as strong as it ever was. With its spiked scales and tail, the monster can deal a lot of damage to unaware hunters. Before starting the fight, make sure to be able to deal Fire and Thunder damage and have decent protection against Ice.

Being native to the frozen Tundra, Barioth can only be found in the Frost Islands. The monster’s starting Areas are Area 3 and 7, but it moves around a lot, so you will likely have to explore a good portion of the map to find it.

As already mentioned, Barioth is weak against Fire and Thunder, but he is also quite weak to Blunt Damage, so weapons like Hammers and Hunting Horns are very solid choices to deal more damage in a shorter amount of time.

While one may not be able to tell simply from its big size, Barrioth is a rather agile monster. Thankfully, it is possible to reduce its mobility by damaging its forelegs: once they have received enough damage, Barioth has the chance of losing balance after it performs its Leap Attacks. Additionally, if you damage the tail enough, you can also reduce the power of the Tail Whip attack.

Even if you do manage to damage the forelegs enough, Barioth will continue to be quite agile, so always be on the move and use your Wirebug mobility skills to get out of the way as quickly as possible. As the monster can deal Iceblight damage with its breath attack and Tail Whip, which considerably reduces Wirebug restoration, you should bring as many Nulberries with you as you can.