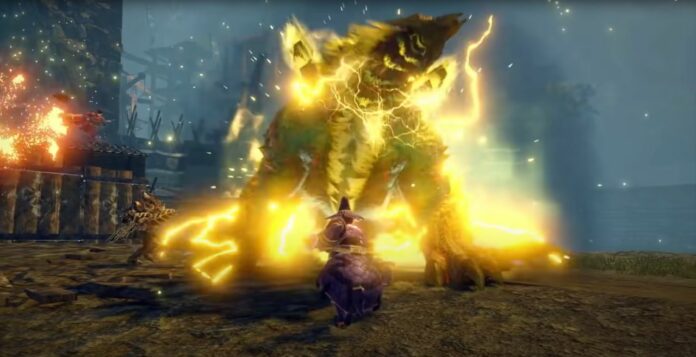 Monster Hunter Rise features a big monster lineup featuring some very powerful beasts, but none of the regular monsters can compete with the Apex Monsters, more powerful variants of certain monsters that have earned the right of being called Apex. These monsters are so powerful that even those who have mastered the game can have some trouble taking them down.

Here’s everything you need to know to take down Apex Zinogre with as few troubles as possible.

Apex Zinogre has been added to the game with the 3.0 update. While possessing higher strength and much more powerful attacks than the regular Zinogre, it comes with the same weaknesses so bring weapons capable of dealing Ice and Water damage or inflicting Poison or Stun to gain an advantage during the fight. The monster is also capable of dealing Thunder damage and inflicting Paralysis, so bring the right defensive gear to increase your chances of victory.

Where to Find Apex Zinogre

Apex Zinogre appears in the Shrine Ruins starting in Areas 4, 8, and 9 and in the Infernal Springs. The monster also appears in Rampage Quests as a Major Threat.

How to Defeat Apex Zinogre

Apex Zinogre comes with two different states that indicate how aggressive it is. The charged state is the most dangerous one, as the monster’s offensive and defensive capabilities get increased, but it’s also the one where it is the most vulnerable, as you can knock it down by attacking the forelegs while in this state. When you do, focus on the head, as it is the monster’s main weak spot.

Given how the monster deals Thunder damage and inflicts Thunderblight, you will want to bring gear that grants you high Thunder resistance and eat Dangos with Thunder Res (Hi). You also want to reduce the chances of getting stunned with Stun Resistance skills, as getting stunned in this battle means death. Bringing Nulberries to heal Thunderblight is also a very good thing to do in this fight.

Apex Zinogre is extremely powerful when it appears during Rampage Quests, and will destroy most Hunting Installations with its thunder attacks as soon as it appears. Once it does, head to the Final Area immediately to set up proper defenses. The Splitting Wyvernshot and the Warriors of Kamura are also quite effective, so use them accordingly.