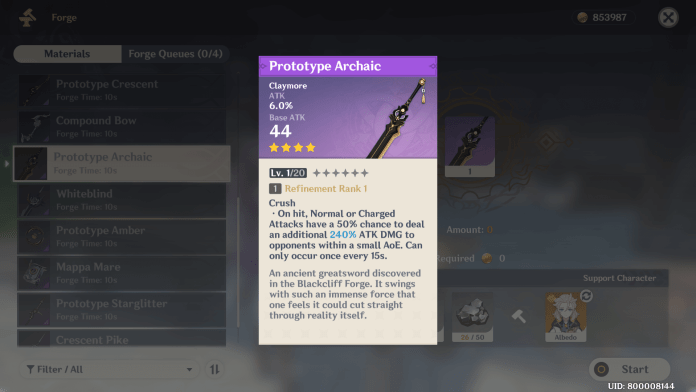 Despite being a gacha game, Genshin Impact offers many great weapons and playable characters for free. Moreover, with weapons like the Prototype Archaic Claymore, players can easily use it alongside a few right artifacts to make any claymore user do significant damage – all that without paying a single coin.

Keeping that in mind, today we are here with a complete guide on how to craft Prototype Archaic Claymore in Genshin Impact. So, without any further ado, let us move on to the main topic.

Collect the aforementioned items and visit the Mondstadt, or Liyue blacksmith to craft the Prototype Archaic Claymore.

How to get Northlander Claymore Billet in Genshin Impact

How to craft Prototype Archaic Claymore in Genshin Impact