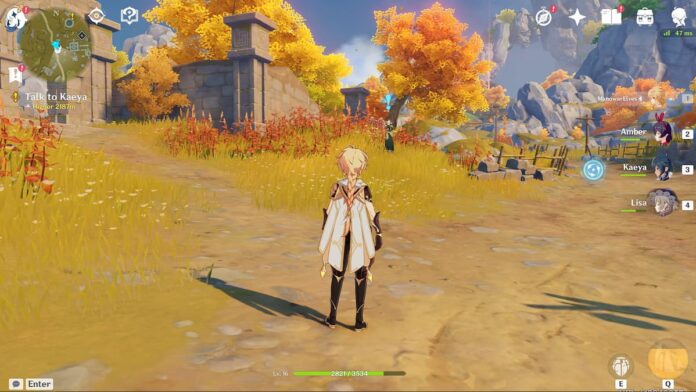 In the Nation of Liyue, Genshin Impact players will come across many ruins revealing the rich history of Rex Lapis’ dominion. There are many world quests to help players understand the beautiful lore surrounding all the regions of Teyvat.

In this Genshin Impact guide, we will help you complete Treasure Lost, Treasure Found world quest. Completing this two-part quest will reward you with 600 Adventure EXP, 80 Primogems, an Exile’s Circlet, and one Liyue Shrine of Depths key.

After deciphering all the transcriptions, Soraya will request that the traveler find two stone tablets. Players can navigate to the quest location to find these tablets. After obtaining new transcriptions, visit Wangshu Inn and talk to Soraya to begin the second phase of the Treasure Lost, Treasure Found quest.

In the second part, players will have to obtain four Jade Plates. All of them are spread throughout Guili Plains. Check out the following video to see the location of each Jade Plates.

Once you have examined four Jade Plates, go back to Soraya and talk to her to move forward in Treasure Lost, Treasure Found quest. After receiving reports from the traveler, Soraya will guide players towards the final ruin.

Related | Who is Guizhong in Genshin Impact

How to Complete Treasure Lost, Treasure Found in Genshin Impact: Tips and Cheats