Home Game Guides How to Complete the Movin’ on Up Sidequest in Shin Megami Tensei... 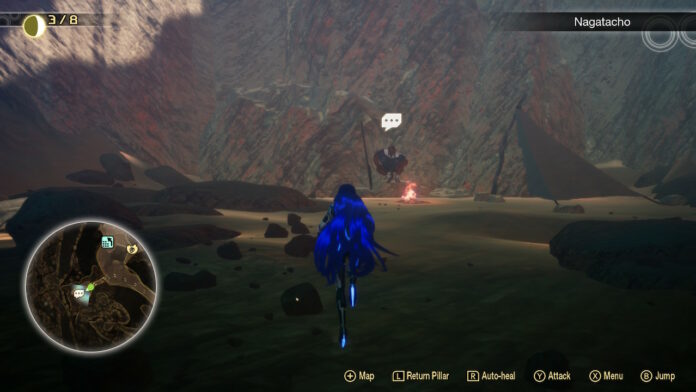 Shin Megami Tensei V features a huge selection of sidequests that become available as soon as you move your first steps in Da’at. Clearing these sidequests is not required to complete the game, but doing so will help you overcome the challenges ahead of you with a variety of very useful rewards and bonus EXP.

Here’s how to complete one of the sidequests available in the Minato ward, the Movin’ on Up sidequest.

The Movin’ on Up sidequest can be started by speaking with the Oni inside the cave found to the west of the Nagatacho Leyline Fount. The exact location of the cave can be found on the map above.

After speaking with the Oni, who asks you to find demons that may need his help, talk with the demons outside the cave, who all refuse the help from the demon. After this is done, get back to the Oni who will head out of the cave after listening to your disappointing report.

Follow the Oni until he stops, and then fight him. The demo is weak to Lighting and Light, and uses plenty of hard-hitting Physical attacks, so bring the appropriate demons to make the fight easier.

After defeating the Oni, the demons you talked with outside of the cave will thank you by giving you the Raptor Talisman. Speaking with the Oni back in the cave will end the sidequest, rewarding you with a Phys Dampener and 900 EXP points.