Home Game Guides How to Complete the Magic from the East Sidequest in Shin Megami... 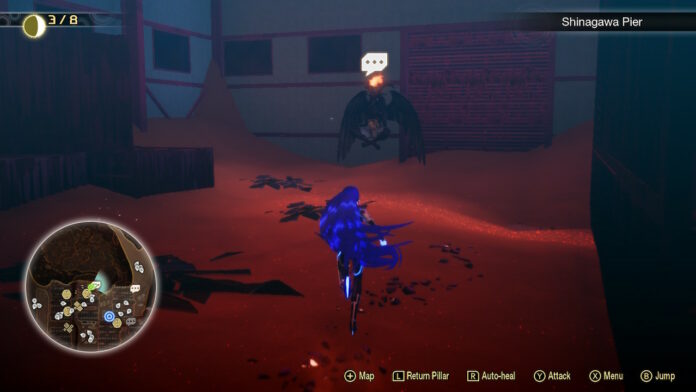 Shin Megami Tensei V features a lot of different sidequests that are entirely optional, but that players should complete anyway as they can get some very nice rewards for helping friendly demons solve their problems.

The Magic from the East sidequest can be initiated by speaking with the Baphomet located inside one of the warehouses to the north of the Container Yard Leyline fount. The precise location can be found on the map above.

The Baphomet will ask the Nahobino to bring 5 Inugami heads, which can be obtained by defeating the Inugami demons roaming areas close to the warehouse. You can find a place where multiple Inugami spawn on the map below. Also, make sure to bring demons that can use Ice and Light attacks to take down these demons quickly.

Once you have obtained 5 Inugami heads, speak with Baphomet again to complete the quest. You will get 3000 EXP points and the Vile Talisman as reward. You can also get Mirage Gems every time you bring 5 Inugami heads to Baphomet after the quest has been completed.