Home Guides How to Collect All Free Rewards in Infinity Kingdom 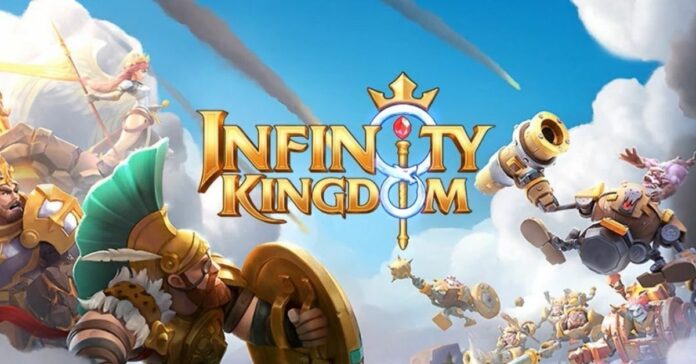 Collecting rewards in Infinity Kingdom is a process that requires players to memorize the game interface and navigate the menu. For some, this process is very easy. Others take a long time to memorize and even write down sequences of button clicks in order to pick up all the free materials available in the game.

In this guide, we will tell you about all the free rewards in Infinity Kingdom and will explain how to claim them.

These are a set of fairly simple tasks with regular free rewards for the development of the settlement. It gives consumable resources such as food, wood, stone, and iron. For some quests, you can get boosts, philosopher stones to summon heroes, gold, and gems.

RELATED: Guide on the Hall of Immortals in Infinity Kingdom

You complete quests, accumulate activity points, and upon reaching a certain number of them (from 20 to 100 in increments of 20 points) you open reward chests. In the first two chests, resources await you, and in the rest, you will buffs, boosts, gems, and a philosopher’s stone.

The tab is active if you are in a union. There are sets of tasks, for the completion of which reward chests of different levels are given. In addition, there is also the so-called Gift of the Union, which contains a large supply of resources, boosters, and gems. Usually only one of the listed items will drop from it.

With this gift, the developers reward you for being in the game. This reward is accumulated and issued after 5, 10, 15, 20, and 30 minutes spent in Infinity Kingdom. The timer is reset with each receipt of awards. Therefore, in order to pick up everything, you will have to spend about an hour and a half in the game. And so every day.

In the chests, you will find a set of resources and consumables (experience scrolls, boosters, etc.). Large stocks can be made in the long run.

As you can see, there are a lot of ways for getting free rewards in Infinity Kingdom. Some of them are renewed every day, others are given permanently and disappear after the conditions are met.

First, it may seem to you that the number of rewards is small. However, if you do this every day, you will find a significant number of extra resources within a week. 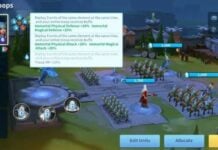 Guide on the Hall of Immortals in Infinity Kingdom 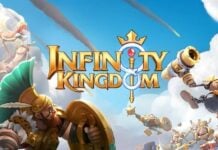 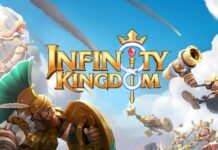