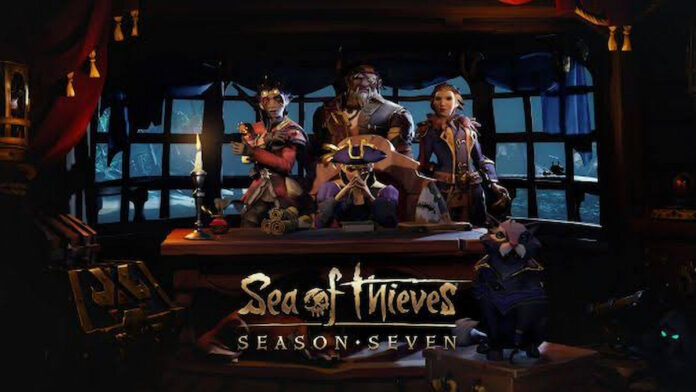 Sea of Thieves is a multiplayer pirate adventure game that has teased its long-awaited Captaincy Update which is set to arrive as part of the game’s Season Seven.

How to Change your Ship Name in Sea of Thieves

Players can only change the name of their ship in Sea of Thieves after the release of the Captaincy Update which was originally set to be one of the game’s first post-launch updates. After the update is released, Pirate Legends will have the ability to create their legendary ship and forge a fearsome identity for themselves on the waves.

You will also start each session within the Legendary Hideout, blasting past its waterfall and making a grand entrance on the main map.

Following the game’s rocky launch, the developers have announced that they would be placing the Captaincy Update “on the back burner” while it refocused its developments. Ever since the update has become more of a myth with many players assuming it would never arrive.

Fortunately, as announced during the Xbox Showcase, the Captaincy Update is back and more grandly than originally envisaged. Revealed by the medium of song in a newly shared trailer below, Season Seven will be known as Captains of Adventure. The new season will introduce a host of new features that are designed around the idea of becoming the captain of your distinctive vessel.

In the new season, players will be able to purchase their very own ship, name it, decorate its cabin with an assortment of lavish trimmings and save customisations between sessions. Also, captains will be able to choose their paths, earn unique rewards, make use of new cash-in points across the ocean and more.

Specifics of these features are still under wraps but we expect more details as the Captain of Adventure update is set to arrive on July 21st.

In the below trailer you can see a list of features that come along with the new season’s captain-y stuff:

How to Change your Ship Name in Sea of Thieves