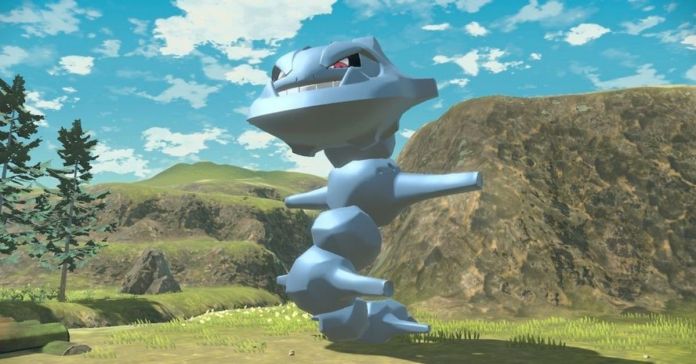 Pokemon Legends Arceus is the latest Pokemon game on Nintendo Switch. In this part, the players are not only Pokémon trainers, but also explorers of the Hisui region. Their goal is to create the first Pokédex of this region, and for this, it will be necessary to catch all the Pokémon. In this guide, we will tell you how to find and catch Alpha Steelix.

How To Catch Alpha Steelix

Alpha Steelix is ​​a cool Pokemon Ground and Steel-type. It has the best defense of any Pokémon in the game, which is why you’ll want to get it.

To do this, you need to go to the Coronet Highlands and look for this Pokémon in the Celestica Trail area. There are several ways to catch Alpha Steelix.

RELATED: How to catch Cherrim in Pokemon Legends Arceus

The first way is capture in combat. You need to start the fight and move behind the Pokémon and immediately run away from the battle. After that, you need to immediately start the fight, thus you can catch Alpha Steelix unawares. Then repeat these steps until the Pokémon’s health is in the red zone, then use Heavy, Gigaton, or Leaden Ball.

And the second way is to capture using Razz Berries and Smoke Bombs. This method is more difficult as you will need to sneak up on the Pokémon, however, there is no tall grass in this area. Approach Alpha Steelix using the Smoke Bomb. Then lure him in with Razz Berries to expose his back. Finally, you need to try to sneak up close to use Heavy, Gigaton, or Leaden Ball.