Playing Diablo Immortal, you will encounter and fight against unique and incredibly powerful bosses. To win, you need to have good combat skills, find high-quality equipment and assemble a team of eight players. By defeating the bosses, you will receive many valuable rewards, and if you use Helliquary after the battle, you can also significantly increase your character’s combat rating. Today we will talk about the Lassal boss and tell you how to defeat him.

How to Beat Lassal in Diablo Immortal – Guide and Best Build

Lassal is one of the strongest bosses in Diablo Immortal, which can only be defeated by the joint efforts of the entire raid group of eight people. The boss has three difficulty levels, and to fight the first level your battle rating must be at least 1250.

You can visit this raid boss for the first time by completing the Helliquary introductory quest and finding the Demon Portal in Einfrinn Village in central Westmarch. After collecting the right equipment and a team of players, you can enter the portal and teleport to Lassal’s Sanctum, and it is in this place you will meet the Lassal boss. 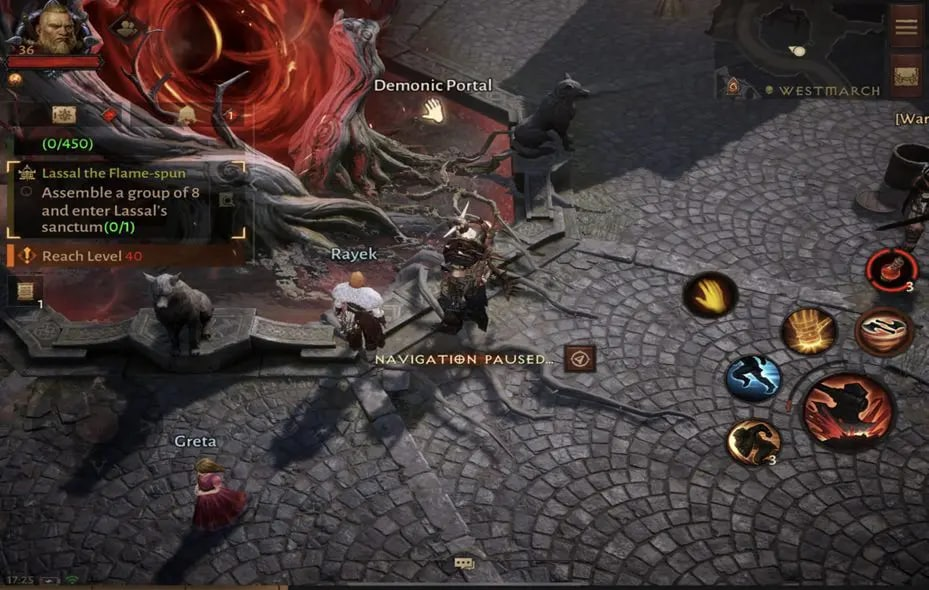 To have more chances to win, your team should consist of two-three tank characters, two melee players, and three ranged players.

The battle with Lassal consists of four phases:

Related: How and Where to Gamble in Diablo Immortal

Previously, we told you everything you need to know to defeat the Lassal boss, but we also prepared some helpful tips for you to help during the battle:

In our today’s guide, we told you everything you need to know to defeat the Lassal boss. If you attentively read our guide and follow our advice, you can easily defeat this difficult opponent.

How to Beat Lassal in Diablo Immortal – Guide and Best Build