Home Game Guides How to Beat Gardenia in a Rematch in Pokemon Brilliant Diamond and... 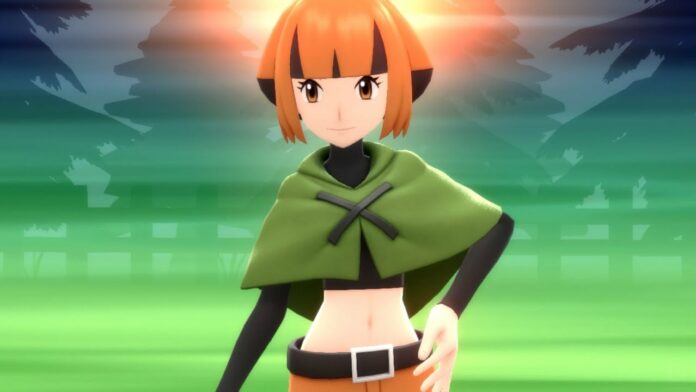 Pokemon Brilliant Diamond and Shining Pearl, like many modern entries in the series, offer plenty of post-game content that is unlocked after defeating the Elite Four and becoming the Champion.

Among the new battles that become available after completing the games are rematches against all of the Gym Leaders in Sinnoh. Here’s how to defeat Gardenia in a rematch without too many troubles.

To fight against Gardenia’s again, you will first have to unlock the National Dex, which is done by at least seeing every Pokemon native to Sinnoh. Once this is done, you need to go to the Eterna City Gym and speak with Gardenia to fight her again.

Like every Gym Leader in Pokemon Brilliant Diamond and Shining Pearl, Gardenia’s Pokemon team is centered around the Grass-type, but for the rematch, she switches her team around to include Pokemon from outside of Sinnoh that are featured in the National Dex. Her Pokemon range from level 66 to level 72, so you will need Pokemon that are at least level 70 to have a chance of victory.

Below, you will find all of Gardenia’s Pokemon for the rematch.

How to Beat Gardenia in a Rematch

Given how Gardenia’s entire team is made up of Grass-type Pokemon, bringing strong Fire-type Pokemon is a must. Charizard and Heat Rotom are extremely good choices, as they can use Fire moves to deal a huge amount of damage to Grass-type Pokemon, and can both disable Toxic Orb easily with Will-O-Wisp and Thunder Wave. Doing so is extremely important when fighting against Breloom to avoid prolonging the battle needlessly. Additionally, Fire moves are powered up by Sunny Day, which Gardenia’s Pokemon will use to power up their own Solar Beam moves, so you can use your opponent’s tactics to your advantage.

A few more things to watch out for in the rematch battle against Gardenia are Cherrim holding the Focus Sash item, which prevents it from dying in a single hit, and Roserade being able to unleash Solar Beam in a single turn with the Power Herb item. For the first, remember to damage it a little before unleashing your winning move, while for the second, make sure you bring out a Pokemon that can survive the Solar Beam move, considering its power can be higher than usual due to the Grassy Terrain move. Solar Beam is a Grass-type move so Bug, Dragon, Fire, Flying, Grass, Poison, and Steel-type Pokemon can reduce its effectiveness by half.