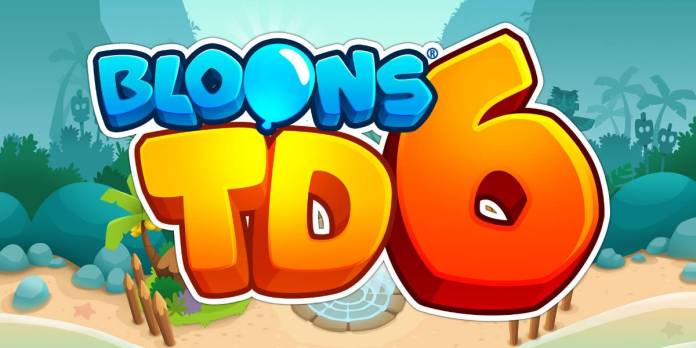 Fancy yourself as a master of Bloons TD6? Have you conquered all the levels on Hard mode? The game has one final challenge for you: CHIMPS mode! In this ultra punishing mode, the odds are stacked against you, and you’ll need the ultimate strategy to make it! Today, we’ll show you how to beat CHIMPS mode in Bloons TD6!

How to Beat CHIMPS Mode

CHIMPS is the final mode you can unlock on the Hard version of any level. CHIMPS mode is the ultimate test of your Bloons TD6 skills, as you’ll be faced with brutal limitations on how you tackle the level. You’ll be playing under the normal conditions of Hard mode, but with additional factors now in play:

Your monkey choice is going to be somewhat limited early on. Essentially, your only options starting out are multiple Dart Monkeys, Sniper Monkeys, and if the map allows it, Monkey Subs. These are all great options to start out since they scale pretty well for the later game Bloons, just make sure not to place them in vital spots where you’re going to need stronger monkeys.

With all of this knowledge, the most important thing to remember when playing CHIMPS mode is to choose monkeys that will last throughout the whole level. You’ll be playing through around 100 rounds in CHIMPS mode, and because you can’t sell monkeys after you’ve placed them, you need to be absolutely sure that they won’t drop off in the later rounds. To get you started, here are some monkey recommendations.

For general damage recommendations, there are a couple of solid choices you can go with. Wizard Monkeys that take the Prince of Darkness path are highly valuable thanks to their potential damage output coupled with their low cost. They must be positioned just right for maximum efficiency, as they gain power as Bloons are popped nearby. Wall of Fire is the recommended secondary path as it gives them a backup method of damage.

Another great monkey to use is the Druid with the Avatar of Wrath path. The Avatar of Wrath becomes stronger the more Bloons there are, and as long as it’s constantly attacking, it’ll gain even more power. On top of those two buffs, the Avatar of Wrath also gains passive power when there are multiple Druids around it. This strategy pairs extremely well with Obyn Greenfoot, as he powers up nearby Druids as well.

Heli Pilots that take the Apache Prime path are great air monkeys to use against just about anything — their versatility makes them a common choice in CHIMPS games. Their only weakness is Lead Bloons, so as long as you cover that they’re still a great choice. Their recommended secondary path is IFR, which lets them cover Camo Bloons.

Spike Factory with the Perma-Spike path makes for a great safeguard against any leaked Bloons. True to the name, the Perma-Spike lasts virtually forever, so you don’t have to worry about it not guarding its path. White Hot Spikes is the secondary path you should take, as it’ll allow the spikes to cut through Lead and Frozen Bloons.

Tack Shooter going down The Tack Zone path is a very powerful tower that can easily get through the majority of CHIMPS mode. The Tack Zone needs a very good spot in order to maximize its strength. Like the Apache Prime, its main weakness is Lead Bloons, but you can offset this with an Alchemist’s Acidic Mixture Dip. The Tack Zone also cannot spot Camo Bloons, so make sure you have that covered with another monkey.

Monkey Buccaneers taking the Carrier Flagships path are solid choices on maps with a lot of water. Monkey Aces and Monkey Subs deal more damage when there’s a Carrier Flagship nearby, and you can also place land monkeys on the flagship itself to incorporate them into your overall strategy. Their damage starts to fall off during the later levels, so you’ll need something to accompany them.

While we’re talking about water monkeys, a very popular strategy to use on the water maps is the “sub spam” strategy. You take a Monkey Sub and upgrade it all the way down the Sub Commander path, which lets it buff nearby Monkey Subs. You then build more Monkey Subs, taking them all the way down the same path up to Armor Piercing Darts. Most Bloons will be no problem with your fearsome naval fleet, but you’ll still have to worry about Lead and Camo Bloons. Advanced Intel will also help greatly thanks to the increased range.

So far we’ve talked about all the offensive monkeys, but how about the support monkeys? You already know that money generating towers like the Banana Farm don’t work, but any tower or monkey that buffs others does, and it’s incredibly helpful. The Monkey Village is one such tower, as it will increase the range of all nearby monkeys by 10%.

The Monkey Village also has a number of helpful upgrade paths. Primary Expertise is all about massively buffing Primary Monkeys (Dart, Tack Shooter, Glue Gunner, etc.), and it even gives the Monkey Village its own attack, despite it being kind of slow. Homeland Defense lets all nearby monkeys and towers attack any kind of Bloon, which is helpful if you don’t already have a way to detect Camo Bloons and the like. Needless to say, the Monkey Village is helpful no matter what kind of strategy you’re going for.

The Alchemist is another vital monkey that can fit in any strategy, specifically its Permanent Brew path. Permanent Brew increases nearby monkeys’ attack speed, damage, and range, while also allowing them to damage Lead, Ceramic, and MOAB Bloons. Permanent Brew is almost required for certain monkeys to truly shine.

The Mortar Monkey’s Shattering Shells gives it the ability to strip all special Bloon properties off almost every single Bloon in the game. The Alchemist’s Perishing Potions also do this as well. This is great for taking down MOAB-class Bloons near the end rounds, and Blooncineration is a very powerful attack tower. The only thing to keep in mind is that it’s quite expensive, and you’ll need to plan for it way ahead in advance.

If your current build is lacking a good counter against Camo Bloons, bring Etienne as your Hero Monkey. His global Camo detection abilities and overall good damage is helpful in just about any strategy.

CHIMPS mode is quite the daunting task, so make sure you’re prepared before tackling it. For our final tip, we highly recommend playing out some potential strategies in your head through a level’s Sandbox mode. You can pick apart your strategies and see where they can be improved.

That concludes our guide on Bloons TD6’s CHIMPS mode. We’re sure that you’ve got lots of more strategies and tips, so sound off in the comments below!

How to Beat CHIMPS Mode in Bloons TD6