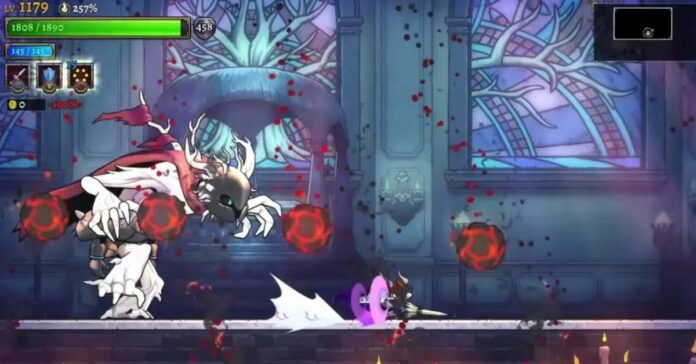 Throughout Rogue Legacy 2, you have to fight and win against the bosses. And the further you get, the harder the boss is fighting against you, even if you get more experienced. The last boss is Cain. And let’s find out how to defeat him.

How to Defeat Cain in Rogue Legacy 2

The first thing that you have to know is that you need to be well prepared for the battle. Probably, the minimum level you need to have to beat the boss is 200. But most people who beat it have a level 500 or more. So, the guide contains 2 parts: dodging the boss and attacking it. Let’s start.

RELATED: How to Play Ranger in Rogue Legacy 2 on Steam Deck

Attacking this boss depends on the character you chose to beat it. But it is completely clear that firstly you have to take care of your hp, even if you do an attack. Try to pick the best time to attack and after every attack, you need to distance your character from the boss, it is necessary. Perform your attacks fast and think about what you are doing. Otherwise, you will lose.

The immortal king has 2 modes. When he transforms – it is very hard to dodge. So, you need to climb the walls and move upper/lower to dodge this attack. That’s how it works. What might really assist you is keeping the distance between you and the boss. It is the simplest and the main rule to dodge the boss.

That is all about beating Cain in Rogue Legacy 2. Hope you will defeat him easily!