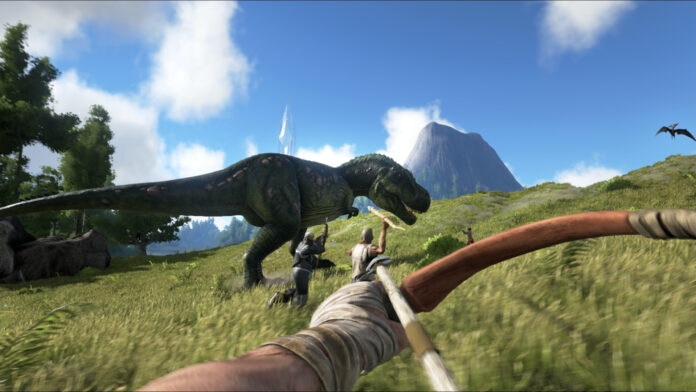 ARK: Survival Evolved is one of the most popular survival games and there you can participate in PvP battles. The game allows you to fight against other players and attack their bases. However, if you want to attack someone’s fortress you will have to organize your team. So, this guide will provide you with a few tips on how to attack other players’ bases in ARK: Survival Evolved.

How to Attack Other Players’ Bases in ARK: Survival Evolved

There are lots of activities that you can do in ARK: Survival Evolved and if you play on a PvP server you will be able to fight against other players. Also, you will be able to raid their bases and there you will have to follow a certain strategy. So, we are going to provide you with a few tips on how to organize your attack.

The first tip is to make sure that your opponent won’t see you before you will be close enough to attack. Try to use rocks, big stones, trees, and other relief to hide from their eyes.

The second tip is about tactics. You should try to attack from different sides and make sure that you and your teammates won’t gather in one place. If your attack formation is too tight your opponents will be able to kill you all with rocket launchers and other weapons that are able to deal AoE damage. So, you should organize your attack and avoid situations where your team is vulnerable.

The last tip is to communicate with your teammates. Try to use some programs that will help you to organize your communication. If you are able to speak in voice chat you will be able to coordinate your tactic and cooperate with other players. So, communication with your team is really important and you should make sure that you have it if you want to attack other players’ bases.

PvP is a very difficult activity and hopefully, our guide helped you to organize your attack and raid your enemies’ base successfully. Good luck in your further PvP battles in ARK: Survival Evolved.