Home Game Guides How Old is Zeri in League Of Legends? – Answered 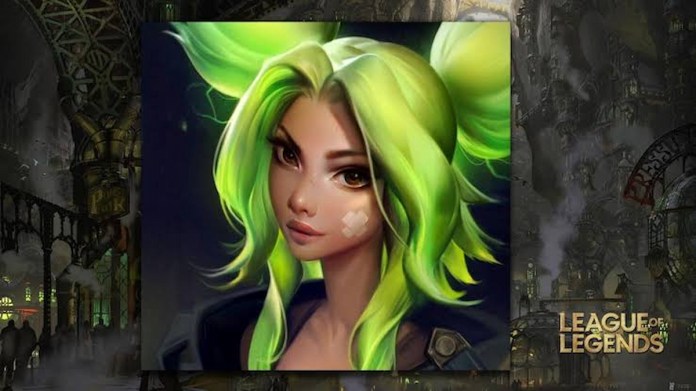 League of Legends soared through 2022 with a new champion named Zeri. The character was released in the game’s January Patch 12.2 and before her official reveal, Zeri made a surprising appearance on the champions page on the game’s official website.

However, Riot discreetly removed Zeri’s biography, lore and even splash art from the webpage. The champion was introduced to the game’s community as a “headstrong, spirited young woman” who hails from Zaun, the polluted undercity. And in this article, we’ll be telling you just how old is Zeri in League of Legends.

How Old is Zeri in League Of Legends? – Answered

From the details of her biography and ability kit, it became quite obvious that Zeri was going to be an electric-themed champion in LoL.

According to Riot, Zeri grew up in a big working-class family and was raised in hardship. Her known alias is the “Spark of Zaun” and she is also a compassionate Zaunite whose goal was to stand up for her community.

Zeri can channel her electric magic to charge herself and battle multiple enemies. She also single-handedly fought the chem-barons of the undercity and later received a rifle that was crafted by her mother with the help of their neighbours, to help her in her pursuit.

The champion is known to thrive on the unconditional love and support from her family, her entire neighbourhood and her community as a whole. Zeri is always prepared to defend the city of Zaun and protect its people.

She’s a young champion whose powers aren’t very easy to harness and control. However, she does have the entire Zaun backing her, making her a truly fearless champion.

How Old is Zeri in League Of Legends? – Answered