Home Guides How old is Chongyun in Genshin Impact 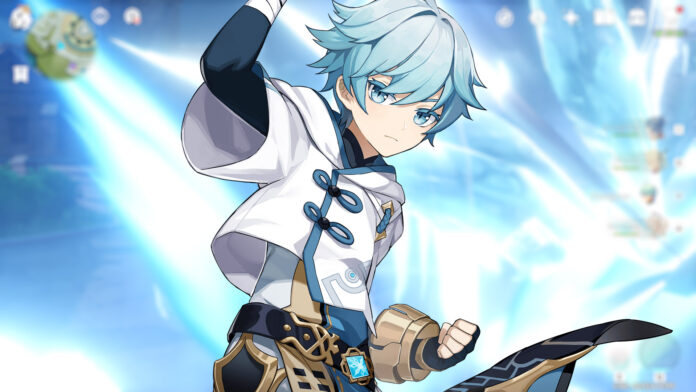 When it comes to knowing the personal details like the age of Genshin Impact playable characters – we have to rely on the in-game item descriptions, friendship level and voice lines, character story and other few mediums. While the game directly mentions the ages of some of the characters like Zhongli, Xiao, Venti, etc. There are characters like Chongyun and others on whom we have only a little tidbit of information on their age.

Chongyun is a four-star Cryo user in Genshin Impact, whose weapon of choice is a Claymore. Players can obtain Chongyun via the Wanderlust Invocation banner, or from any character event wish banner. Hu Tao’s banner features Chongyun, as a result, he has a boosted drop rate. So, players who want Chongyun can perform wishes on Hu Tao’s banner.

Chongyun is the heir to one of the great exorcist clans of Liyue. He possesses an immense amount of Yang(positive) energy since he was born. In Genshin Impact, Chongyun is described as a teenage boy with light blue hair reaching his ears, pale skin, and ice-blue cat slit eyes.

In Genshin Impact, Chongyun’s character attribute describes him as “A young exorcist from a family of exorcists. He does everything he can to suppress his abundance of yang energy.“

With that being said, Chonyun is around 17 years old in Genshin Impact. To get proof of that, players can check out Chongyun’s in-game attributes description and his character story.