Home Game Guides How Many Colors do Frogs Have in Minecraft? – Answered 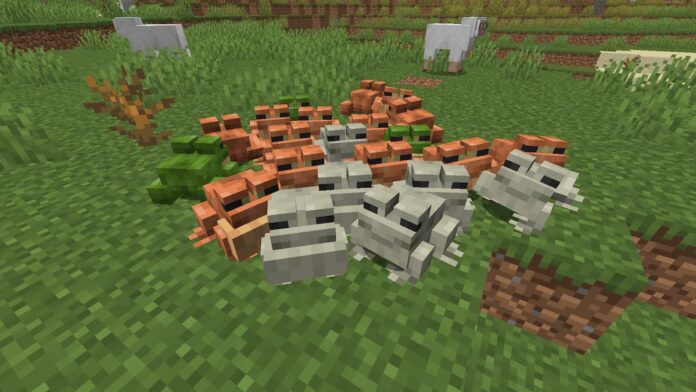 Some mobs have multiple varieties in Minecraft. They usually have the same model but different colors, voices, or drops. Small mobs like frogs also have diverse skin colors.

After axolotls, frogs became the second amphibian mob to be added to Minecraft. The Wild Update has officially introduced frogs to the blocky sandbox worlds of Minecraft. Frogs are small passive mobs found in swamp biomes of the Overworld.

Depending on the biome’s temperature, frogs can have different colors. In this article, players can learn about different variations of frogs in Minecraft and where to find them.

What Colors can Minecraft Frogs be?

In Minecraft, frogs can have three colors:

To get green frogs, players will first have to find a pair of orange frogs. Then, breed these frogs by feeding them slimeballs. Upon successfully breeding, a frog will lay frogspawn on a nearby water block.

Frogspawn will eventually hatch and spawn tiny tadpoles. Players will have to pick these tadpoles in buckets and release them in a warm biome to get white frogs or a cold biome to get green frogs.

Tadpoles that grow into frogs in warm biomes will have white color, whereas those in cold biomes will gain green color. Likewise, tadpoles in temperate biomes become orange.

Related: How to Turn a Tadpole into a Frog in Minecraft

Here is a list of warm and cold biome where players can bring tadpoles to get white and green frogs. Biomes not mentioned here fall under the temperate category.

Hopefully, this article has answered your query, and now you are aware of the different colors of frogs in Minecraft. If you want to find a frog quick, travel to the nearest swamp or mangrove swamp biome to find these croaking mobs.

How Many Colors do Frogs Have in Minecraft? – Answered