Home Game Guides How Does Clan Capital Work in Clash of Clans? – Answered 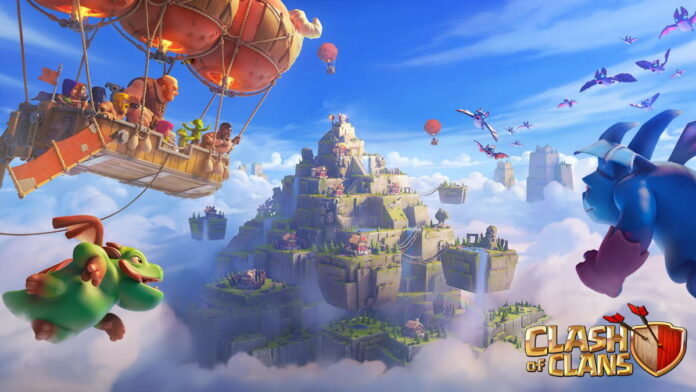 Clan Capital is a completely new part of the gameplay for Clash of Clans players, recently added to the game by the developers. Clan Capital is designed for your entire clan to play together so that you become even stronger, friendlier, and able to earn additional rewards. Together with your clan, you have to build your central city, explore ancient ruins, and attack the Clan Capital of other clans. Today we will help you understand how Clan Capital works, and tell you the most important thing you need to know about this game mode.

How Does Clan Capital Work in Clash of Clans? – Answered

To start building their capital, players and the clan must fulfill certain conditions:

Access to Clan Capital is open only to clans on the second level and above.

Even if the clan has access to Clan Capital, the player will only be able to start playing the new mode if their Town Hall is level six or higher.

The territory of Clan Capital is divided into many districts, and your clan needs to unlock each new district. In the beginning, only the highest peak will be available to you, in the center of which is the main building, which is the Clan Capital Town Hall.

After unlocking each new district, you also need to improve and level up the buildings and troops of each area.

To make any contribution to the development of your Clan Capital, you need to use Capital Gold, which you can earn in several ways:

Raid Weekends is an event that takes place every weekend and has its own rules:

RELATED: How to Play Raid Weekends Guide in Clash of Clans

During Raid Weekends, all clans have five attacks, and therefore some clans have time to destroy as many as five different capitals. To successfully attack, you need to know some rules:

This is all you need to know about how Clan Capital works, but to get to know this mode in more detail you need to visit the game yourself.

How Does Clan Capital Work in Clash of Clans? – Answered