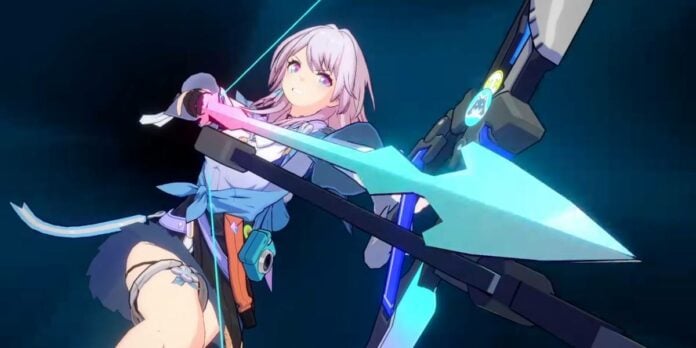 The initial playable cast of Honkai: Star Rail has been revealed, and many players are already analyzing their special moves and potential. Each character has an ultimate move that can turn the tides of battle, and they look really awesome too! Check out all of Honkai: Star Rail’s all character’s ultimate right here!

Himeko sits back and relaxes with a nice cup of tea… while a giant energy beam from a satellite cannon fires upon her foes! Heavenly Flames deals great Fire damage to all enemies, restoring 10 Energy for Himeko per enemy defeated.

Welt summons a massive star and slices it in half, causing a black hole to appear and deal moderate Imaginary damage to all enemies. Enemies are inflicted with Imprisonment, which delays their next action and increases the amount of damage they take.

Gepard summons a giant ice crystal in front of the party, which grants all allies a shield that absorbs damage for three turns. The strength of the shield depends on Gepard’s DEF.

Seele buffs herself and overwhelms a single enemy with phantom illusions, slicing them to pieces, dealing massive Quantum damage.

Svarog enters Burst mode, which automatically reloads its ammo and resets the Counter count. During Burst mode, Clara’s defense increases slightly, but her chance to be targeted increases greatly. If she’s attacked, Svarog will automatically counter with a more powerful attack. Burst mode lasts for two turns, or until there are no more Counters left.

Bronya rallies her troops into battle, increasing the ATK and critical damage of all allies for two turns.

Sampo presents the enemies with a seemingly harmless box of chocolates, but it turns out to be a bomb! The Surprise Present deals moderate Wind damage to all enemies, reducing their defense for two turns.

Hook lets out a rolling bomb to a single target, dealing massive Fire damage. This also buffs her next active skill, causing it to damage the target’s adjacent enemies.

March fires a special arrow that breaks into a bunch of tiny rabbit-shaped shards, which deal moderate Ice damage to all enemies.

Leo summons his favorite energized baseball bat, which grants him a moderate damage boost to his ATK.

Natasha throws a special teddy bear into the air and fires upon it, causing it to burst into restorative supplies, healing the entire party.

Pela’s drones lock onto the enemy, firing a burst that deals moderate damage to all enemies while also lowering their DEF.

Serval lets out a sick riff on her supercharged guitar and electrocutes all enemies for massive damage.

Those are all 15 playable characters’ ultimates as of now in Honkai: Star Rail! Which ultimate is your favorite? Let us know in the comments below!