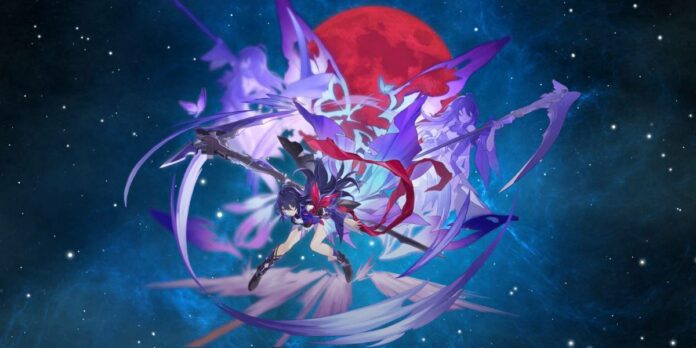 With Honkai: Star Rail’s first beta underway, many of you who didn’t get to join are wondering about the characters and setting. Today, we’ll go over one of the playable characters in the beta, Seele! She may look a little familiar if you’ve played Honkai Impact 3rd, as she starred in that game as well. Without further ado, here are Seele’s abilities, weapons, story, voice actor, and lore in Honkai: Star Rail!

Seele is a lone wolf who travels the stars in search of strength. There was a character in Honkai Impact 3rd who was also named Seele and had a similar physical appearance, and she had a very tragic upbringing. We’re thinking that this incarnation of Seele is going to have a troubled history as well, judging from the backstory given to us so far.

Seele’s English voice actor is Molly Zhang, who you may recognize as Mulan from SMITE, Penny from My Time at Portia, and Zoe from Chasing the Stars. She’s been voice acting since 2014, and you can hear a clip of her as Seele on the official website!

Just like her Honkai Impact 3rd incarnation, Seele wields a deadly scythe into battle. Her basic attack is Scythe Rush, which deals light Quantum damage. Her active skill is Sheathed Blade, which deals moderate Quantum damage and increases her speed for two turns. Seele’s ultimate skill is Butterfly Flurry, which grants her a buff and deals massive damage to a single target.

Seele’s passive talent is Relentless Strikes. Whenever Seele defeats an enemy, she gains an extra action. She also gains a buff that increases her damage for that turn. Unfortunately, Relentless Strikes will not activate twice in a row, so you cannot chain attacks indefinitely.

Selee’s technique is Phantom Illusion, which grants her stealth for 20 seconds. Enemies cannot detect Seele with stealth active, and she’ll gain a combat buff if she initiates a battle while under stealth.

Expect more Honkai: Star Rail coverage when the game is more readily available in the future. Until then, let us know what you’re most excited for in the comments below!