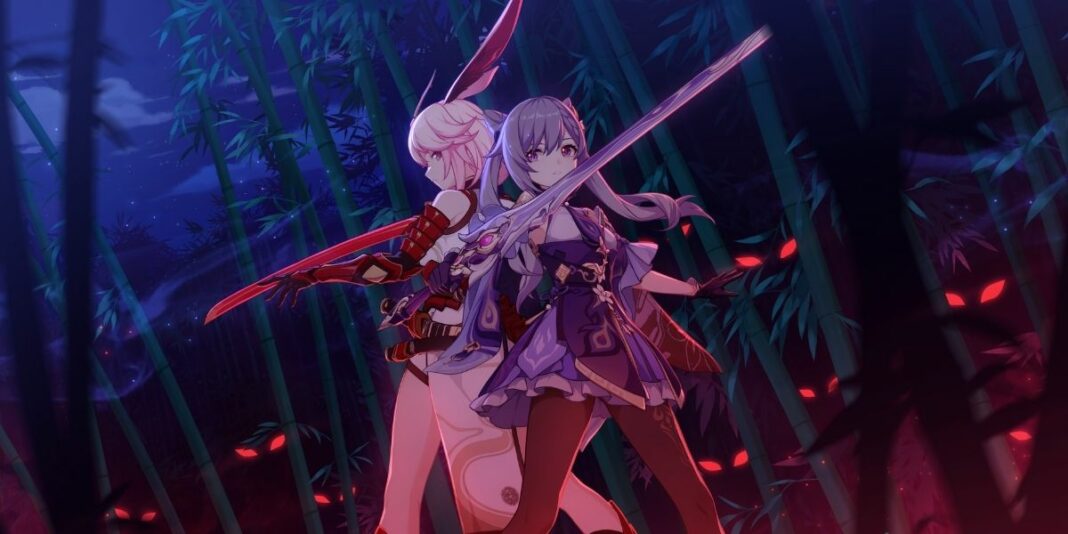 The Cross-Over of two of miHoYo’s critically acclaimed and commercially successful titles, Honkai Impact 3rd and Genshin Impact, is coming on July 9, 2021, across Mobile and PC platforms. The four-star electro user from Genshin Impact Fischl and five-star electro user Keqing will be joining the Valkyries in their battle against the Honkai.

Also, from July 12 to August 12 of this year, Honkai Impact 3rd is partnering with the renowned milk tea brand Kungfu Tea in America and Canada. Interested players can order collab milk tea for chances of winning awesome prizes including an iPhone 12, exclusive keychain, and exclusive stigma.

The popular character Fischl from Genshin Impact is joining the game as [Prinzessin der Verurteilung!]. Players can claim this SP battlesuit for free upon their first login. In the previous behind-the-scenes video, the Honkai Impact 3rd team shed light on how they imported Fischl faithfully while giving her gameplay a Honkai twist and her image a power-up by updating her model, animation, and VFX.

[Prinzessin der Verurteilung!] will be the first archer in Honkai Impact 3rd. Her gameplay is built around weakspot aiming, which allows players to amp up the damage and hit feedback by firing at enemy weakspots. She can quick-fire in conjunction with Oz and cast QTE on the field to assist teammates. Aside from Fischl, another popular character Keqing from Genshin Impact will also make a guest appearance in the crossover story. She is playable in certain story battles on top of guiding players in the story.

v4.9 [Outworld Traveler] featuring the crossover with Genshin Impact will be released on iOS, Android, and PC on July 9, 2021.