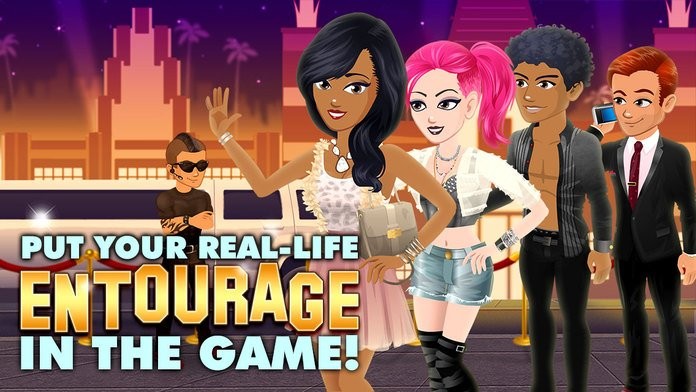 I’ve been playing a lot of Hollywood U lately, the latest simulation / time management game for the iOS platform that sends you to Hollywood and challenges you to become a super celebrity. And since that’s just as difficult as it sounds, I have decided to come to your rescue and share with you some Hollywood U cheats and tips in a complete strategy guide to help you build up your campus as the greatest one that ever existed and turn you into an instant celebrity!

So if you want to have an advantage in the game or you simply need to know a few more things about this amazing title, read on and check out our Hollywood U tips and cheats to keep you going!

Time lapse cheat
There is a way to cheat at Hollywood U and move time forward, but it’s pretty risky. Either way, this is called the time lapse cheat and it goes like this: you have to close the app and remove it from your cache, then go to your device’s settings and set the time forward as much as you need for the quests to be ready. However, the developers are aware of this method of cheating and might end up punishing you with even longer wait times – so this is always a risk!

What are the best dorms?
There are, right now, three types of dorms that you can purchase in the game: Movie Star Dorm, Director Dorm and Fashionista Dorm. In my opinion, the best are those that hold the most people and give you most cash, but you should have a mix of them all because you will really need a varied entourage to keep on playing the game. However, in pure terms of profit, here are the best dorms:

Ideally, you will rotate people in the dorms: the low level ones (who are producing the least money) are kept in the dorms with the lowest capacity, while the money makers are kept in the better dorms. Pretty easy and you’ll have money flowing in no time!

How to manage Entourage in the game
Entourage – or the people that you have in the game – are extremely important, but at some point you might have to send some home and move others to a new building. Simply tap the Dorm they are in, then tap their face. Once there, you have the option to customize their looks and clothes, but also defriend them (get some money in return) or move them in a new building. Alternately, you can select the characters by tapping the character icon in the right menu.

Don’t rush on expanding the campus!
Expanding your campus might be extremely cheap at first, but pretty soon the prices will skyrocket. And even though you afford to do it, there’s little reason to get ahead of yourself and buy as much as possible. There are some quests that require you to expand your land, and you don’t want to be stuck with an extremely expensive expansion. However, you could buy a new plot of land but only unlock it when you need the expansion: this way you save a lot of time!

Keep the parties going
Once you get the Club VIP, you should keep the parties going non stop in order to get more entourage for free – and increase your chances at getting at least one of all the characters. Pay attention to the combinations required for each type of student (you can see them in the store or check out our article on Hollywood U character combinations) and try it over and over again. The resulting characters are usually offered at random, with some easier to get than others, so all you have to do is to keep partying and eventually you’ll get a bit of everything!

Connect to Facebook for Free diamonds
Diamonds are extremely important in the game, as sometimes they are required to complete limited time missions. The easiest way to get free diamonds is by connecting your game to Facebbok and then linking all your in-game characters with friends – this will reward you with diamonds. You can then sell the friends and link them again – over and over again, actually, to get your diamonds. It’s not the easiest thing to do, but it gives you the premium currency for free! Also, completing quests sometimes rewards you with diamonds and you should NEVER spend them on rushing production!

– fill up all your dorms, it doesn’t really matter with what type of students. Just keep them full to generate money. If you get better characters, simply sell the worse ones and replace them.
– level up your characters – the higher the level of your characters, the more money they make so the faster you can collect. I suggest having all your characters of at least level 5 – with the rare ones maxed out if possible.
– complete time sensitive quests. Some missions will reward you with extra money if you manage to complete them within a set time limit which is usually higher than the time normally required to complete the given mission. In other words – just be there to collect the rewards in time and you’ll get extra money. Easy like that!

Finally, if you manage to be patient and understand that this is a game that requires a lot of time for you to get far, you will get the most out of it. Also, if you have other suggestions or Hollywood U tips and tricks, don’t hesitate to share them with us or ask questions in the comments section below. 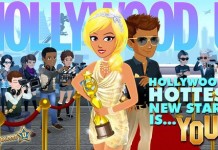 Hollywood U: How to Get More Diamonds Quickly 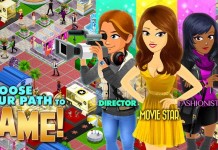 Guide to Hollywood U Character Combinations: How to Get All Characters / Friends