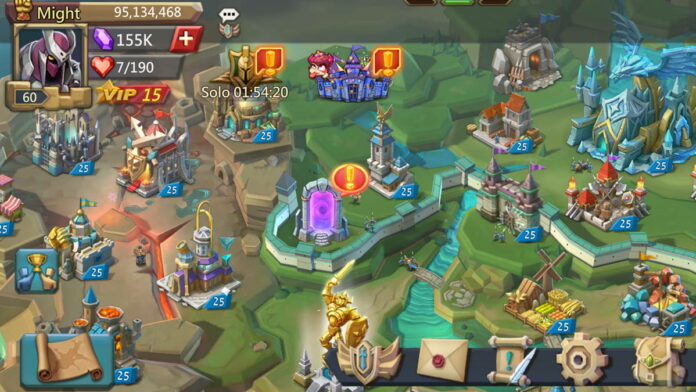 Lords Mobile is one of the most popular kingdom building strategy games on the mobile platform right now. It’s no surprise that the game has many diehard fans, but which ones are the strongest? Today, we’ll be looking at the leaderboards for the players with the highest Might of all time. Might is an overall value of how strong your kingdom is, so these players are easily the strongest ones in the game!

Related | How to Gain Might Fast in Lords Mobile: Tower Defense

On the flip side, we have a few members from the [B~K] guild creeping up on the [M.T] guild. There’s only three members in the top 10 for now, but they also have more of their members climbing up the leaderboard. These two guilds are going to clash for the leaderboard!

Those are the highest Might players of all time in Lords Mobile. If you have any other questions, let us know in the comments below!

Highest Might Players of all time in Lords Mobile